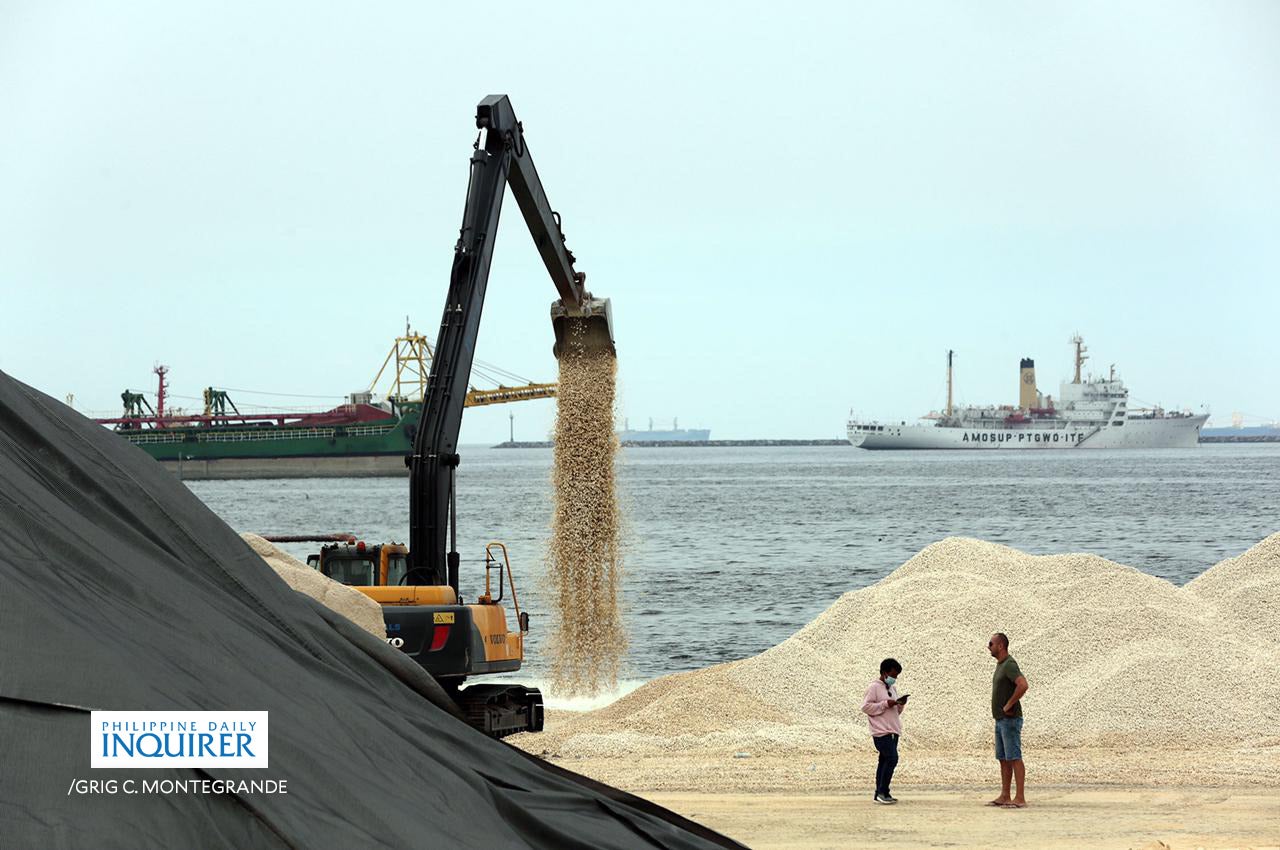 MANILA, Philippines – A group of scientists on Thursday urged the government to prioritize the COVID-19 pandemic instead of pouring a fresh layer of crushed dolomite in Manila Bay’s “white beach” which it said is harmful to its ecosystem.

Despite criticisms from scientists and various environmental organizations, the Advocates of Science and Technology for the People collectively known as Agham lamented how the Department of Environment and Natural Resources (DENR) has continued to dump loads of crushed dolomite in Manila Bay.

“What is more important now is to address the growing anxiety over the failed COVID-19 pandemic response of the Duterte government. Why don’t the government use the fund for the dolomite project, instead, to buy and develop more testing kits in order to implement free mass testing?” Agham said in a statement.

“Effectively curbing the spread of the pandemic will surely contribute positively to our mental health,” it added.

“The government is literally throwing money into the sea – money which could have otherwise been put to good use with the pandemic response, such as improved hospital facilities, vaccine procurement, and economic aid,” Agham said.

“At a time when new COVID-19 cases and the death toll are rising, the filling of sand in Manila Bay is a glaring insult to Filipinos suffering from this health crisis,” it added.

Agham says Manila Bay is not safe for recreational activities as the water quality of the bay has “dangerous levels of coliform.”

Despite numerous criticisms, the DENR had said it will not stop the project as it is part of the long-term efforts in the rehabilitation of Manila Bay. – Liezelle Soriano Roy, INQUIRER.net trainee