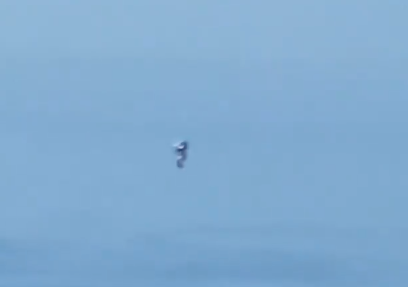 After several sightings of what appeared to be a person flying in a jetpack in California, USA, the mysterious act has finally been captured on camera.

A flight instructor from the Sling Pilot Academy filmed the mystery “guy in a jetpack” at an altitude of around 3,000 feet near Palos Verdes, just south of Los Angeles, according to the academy’s Instagram post on Dec. 23.

It is still unclear, however, if it was the same person involved in the sightings also in Los Angeles earlier this year. It is also not clear if it was an actual person or just a drone outfitted to look like a man.

“The video appears to show a jet pack, but it could also be a drone or some other object. If it is a ‘guy in a jet pack’ then it remains to be seen whether it is a legal test flight (jet packs are real — there is a manufacturer near Los Angeles) or related to the jet pack sightings near LAX (Los Angeles International Airport) recently that caused disruptions to air traffic,” the academy noted in its post.

The first jetpack sightings were back in August reported by two pilots on different flights near the LAX. One of the pilots noted that the person was flying at the same altitude as their plane, at around 3,000 feet.

The next sighting occurred the next month as reported by a China Airlines crew, who noted that the alleged jetpack-powered person was flying at an altitude of around 6,000 feet on the afternoon of Oct. 14. Ian Biong /ra

Seafarer with India variant intubated; 3 others on oxygen support — DOH

Andrea Torres moving on and moving up