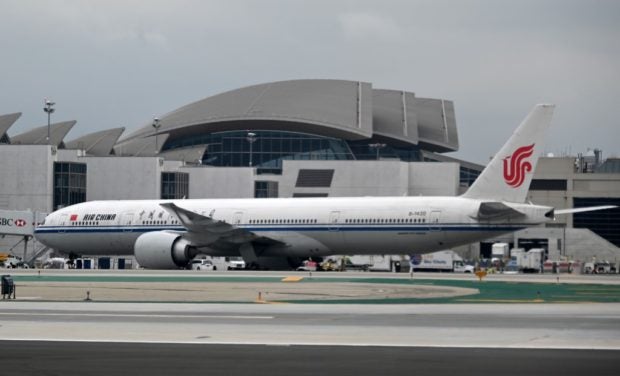 An Air China plane parked at the gate at Los Angeles International Airport, California, on May 9, 2019 (Image: AFP/Daniel Slim)

Another sighting of what seems to be an unidentified person flying in a jetpack over the Los Angeles International Airport (LAX) in the United States has been reported.

The report comes just a little over a month after the first jetpack sightings also over the LAX on Aug. 30, as per Inland Valley Daily Bulletin on Oct. 14.

The US Federal Aviation Administration (FAA) has since officially issued a statement confirming the sighting.

The FAA disclosed that a China Airlines crew reported seeing the jetpack-powered person flying at an altitude of around 6,000 feet on the afternoon of Oct. 14.

The federal agency said it will look into the report and has already reported it to local law enforcement.

A spokeswoman from the Federal Bureau of Investigation’s Los Angeles field office said in a separate statement that there were “multiple reports” of the sighting, as per NBC News today, Oct. 15.

The Aug. 30 sighting was reported by two pilots on different flights also near LAX. One of the pilots who reported it  noted that the person was flying at the same altitude as their plane, at around 300 feet. Ian Biong /ra