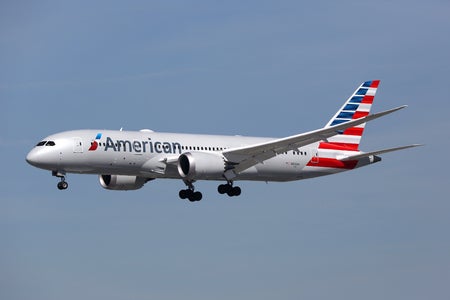 An American Airlines (AAL) pilot on a flight from Cincinnati to Phoenix in the United States has reported being accompanied by a large cylindrical flying object that was not detected on radar.

Earlier this week, aviation blogger Steve Douglass intercepted a radio transmission from the pilot of AALFlight 2292, he wrote on his Deep Black Horizon website.

The blogger also shared via his blog the download link of an MP3 file of the said transmission.

Douglass used flight tracking websites Flightradar24 and Flight Aware to pinpoint the flight’s location, which he determined was “over the northeast corner of New Mexico west of Clayton, New Mexico.”

The plane was flying at an altitude of 37,000 feet when the pilot saw the unidentified flying object (UFO) over their aircraft.

Douglass noted that no significant military aircraft was present in the area at the time, citing Automatic Dependent Surveillance-Broadcast (ADS-B) logs of the US Federal Aviation Administration (FAA).

The FAA has since released a statement regarding the incident, confirming that the pilot of flight 2292 indeed reported seeing a UFO, as per Forbes on Feb. 25. The AAL has also confirmed that the radio transmission came from flight 2292.

“A pilot reported seeing an object over New Mexico shortly after noon local time on Sunday, Feb. 21, 2021. FAA air traffic controllers did not see any object in the area on their radarscopes,” the FAA said.

While the pilot described the UFO as looking like a cruise missile, Scott Stearns, director of public affairs at White Sands Missile Rang in southern New Mexico, said that they “never test in that area” and that they did not conduct any test on that day, as per The Arizona Republic on Feb. 24.  /ra