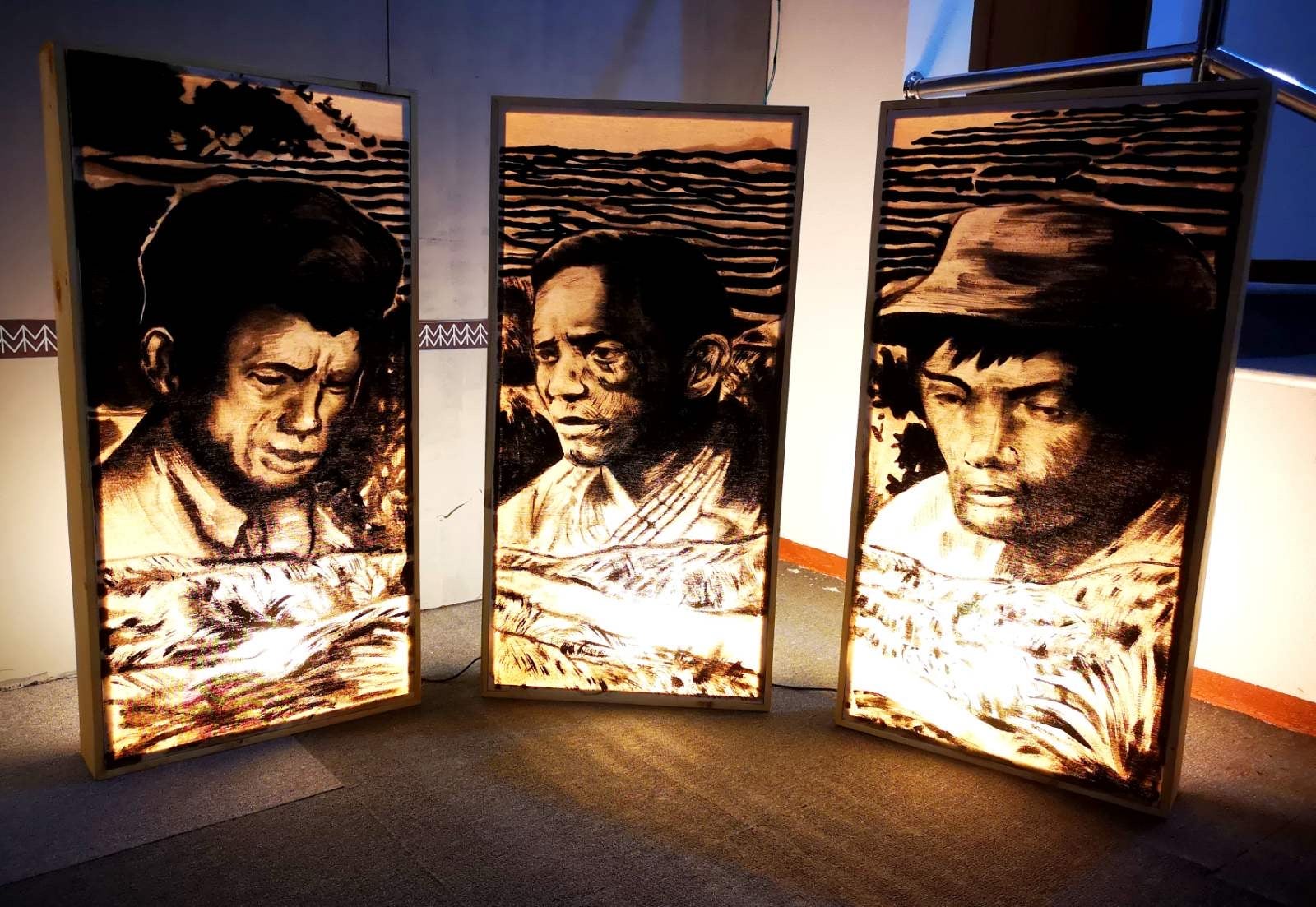 HEROES This installation displayed during Baguio City’s Creative City Festival in 2020 is a copy of the monument dedicated to Kalinga martyrs who led the community resistance against dictator Ferdinand Marcos and his plan to build a damat the Chico River there. The real monument put up by the Cordillera People’s Alliance was damaged on Jan. 1, months after a Kalinga police advisory group called for its demolition. —EV ESPIRITU

BAGUIO CITY—Some members of an activist group have asked officials of Tabuk City to rethink a plan that would render them unwelcome.

A proposed persona non grata resolution against the militant Baguio-based Cordillera Peoples Alliance (CPA) was forwarded to the Tabuk City council by the local police on Feb. 22.

The resolution was reportedly based on instructions from the National Task Force to End Local Communist Armed Conflict (NTF-ELCAC), according to former Kalinga provincial board member Farnaw Claver and his cousin Dr. Chandu Claver, both of whom are now based in Canada.

In a joint “open letter of concern” on Wednesday, the Claver cousins said the CPA was founded by the late Kalinga Gov. and Rep. William Claver, the father of Farnaw.

“It would be a slur to his memory to imply that this Kalinga stalwart founded an organization that would now be declared unwelcome in the city and province that he served well,” the cousins said, both of whom are CPA members.

The former governor, also a human rights lawyer, died in 2011. Chandu now serves as CPA spokesperson abroad. Chandu’s wife, Alyce, was killed when they were ambushed in 2006 in Tabuk.

The cousins cited the unusual timing of the persona non grata declaration against CPA and its members.

They said the CPA organizes ordinary people “to assert their rights both as indigenous peoples and as Filipinos.”

According to them, the CPA has been “dedicated toward the preservation of Cordillera ancestral lands and culture and the pursuit of genuine autonomy for its people.”

“[CPA] works within the framework of the law to educate and mobilize people to be able to genuinely participate in the democratic processes of the republic,” the Clavers’ letter stated.

They said CPA was being compared to the New People’s Army (NPA), which is an organization that pushes its agenda through armed means.

“[The police] will need to prove beyond any doubt that members of CPA … participate in armed operations of the NPA,” the Clavers said. The CPA, they said, operates “through peaceful and lawful means.”

The cousins said they intended to come home to Tabuk, but their travel plans were scuttled by the coronavirus pandemic.Last year, CPA was embroiled in a legal tussle to preserve a monument it put up in 2017 in Tinglayan town, also in Kalinga.

A Kalinga police advisory council urged the Department of Public Works and Highways to demolish the structure for obstructing the road.

On Jan. 1 this year, three men reportedly took down the art frame displaying the faces of Macliing, Dungoc and Gayudan.

Also in January, CPA chair Windel Bolinget sought custody from the National Bureau of Investigation following a “shoot-to-kill” order by the police if he would resist arrest.

Bolinget was charged with murder for the death of a “lumad” leader in Davao del Norte in 2018.