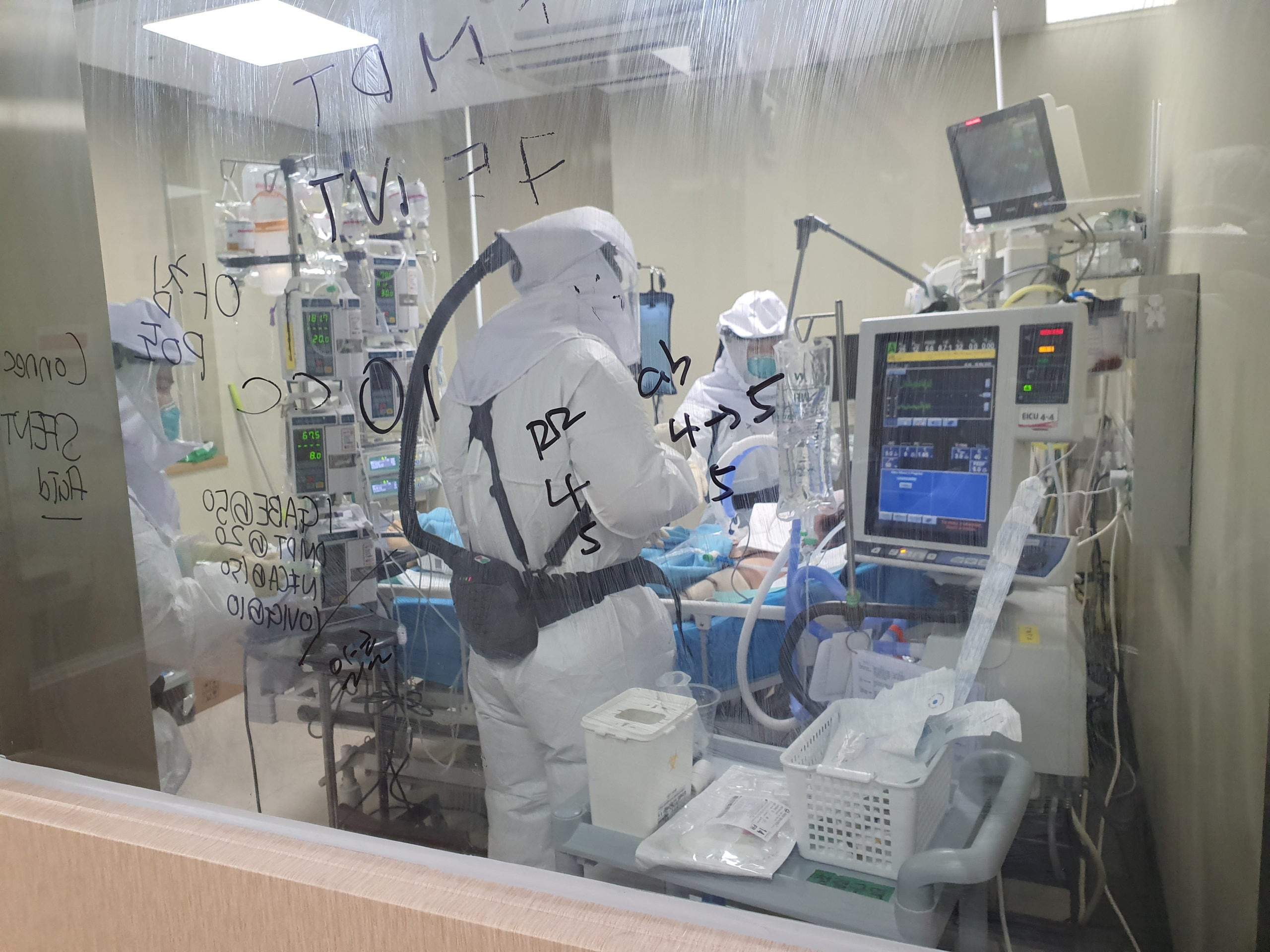 SEOUL — Dozens of elderly South Korean coronavirus patients were transferred from nursing homes to hospitals this week after criticism that government policy had led to a spike in deaths among the vulnerable residents.

At least 486 of South Korea’s 900 reported deaths were people over the age of 80. Only 40 deaths have been reported among people younger than 60.

“Since most of the hospitalized in the nursing homes are elderly and with underlying conditions, they are at a high risk of death when infected with COVID-19,” Choi Dae-zip, president of the Korean Medical Association, told a news conference.

“They should be given priority to hospital beds and receive proper treatment.”

Meanwhile, some 792 people had been infected at a Seoul prison since November 27, the Ministry of Justice said earlier on Thursday, leading the ministry to minimize inmate contact and limit access to lawyers amid criticisms that it had inadequately dealt with the infection.

Kim Dong-hyun, president of the Korean Society of Epidemiology, said the government was repeating mistakes it had made during waves of infections earlier in the year, similar to mistaken steps in the United States and Europe.

“Even if they separate the infected patients to other floors and rooms, transmission is inevitable,” he said.

At a nursing hospital in the Guro district of Seoul, at least 102 residents and 69 medical staff have been infected, while seven residents have died of the coronavirus since the first case was reported at the facility on Dec. 15.

Another 22 cases were linked to the cluster there.

By Thursday, all but one coronavirus patient at the nursing hospital had been transferred to regular hospitals, while 246 residents who were not infected were moved to other facilities, according to health officials.

Early in the day, a Reuters witness saw half a dozen ambulances outside the Guro facility, with medical staff using stretchers to remove residents.

Authorities have transferred all confirmed cases out of eight of the 10 nursing homes that have reported cases, health official Yoon Tae-ho told a briefing.

A total of 40 confirmed coronavirus patients were still at the two remaining facilities, he said.

Yoon had previously said the government decided to treat patients at the nursing homes because it was easier to care for them by sending medical staff to the facilities.