Boy with improvised bicycle made by dad gets a real one, gifts from good samaritans | Inquirer News
Close
menu
search

Boy with improvised bike made by dad gets a real one, plus gifts from good Samaritans

Anjo Mendoza, a 3-year-old boy from Santa Maria, Laguna whose dad surprised him with an improvised wooden bicycle, received a real one from a good Samaritan, after their story recently went viral on social media.

Anton Mendoza Jr., Anjo’s father, confirmed with INQUIRER.net today, Oct. 27, that his son indeed received a special gift — a real bicycle from good Samaritans who have been touched by their story. 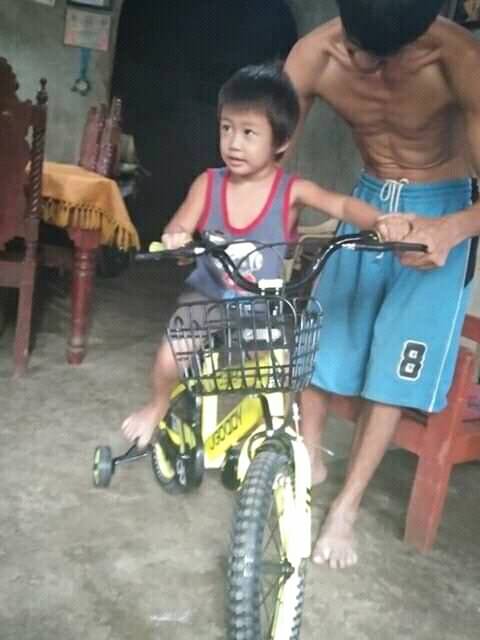 According to Mendoza, a couple named Mon and April Valera Mabayo reached out to him and told him that they would be giving him a bicycle for his son, after the couple saw Mendoza’s story posted on a news outlet’s social media page on Friday, Oct. 23.

In an interview with INQUIRER.net, April Valera Mabayo who lives in Leyte province shared how she and her husband Mon, a basketball player of the Bicol-Paxful team, with the help of their friends, contributed money to buy a bicycle for Mendoza’s son. This despite the distance of their province from where the father and son live.

Mabayo’s husband was in Bicol at that time for a basketball game when he found out about Mendoza’s story. He immediately messaged April and told his wife that he wanted to help them even in a small way.

(So in the afternoon, as I made a deal with the seller of the bike and found a rider willing to deliver the bike to Laguna, I immediately sent it to them with the extra money that I had from the donations, so that Mendoza and his son could at least buy some food.)

Luckily, Mabayo was able to find a market seller on Facebook where she availed of the bicycle; the seller’s location is just near the house of Mendoza in Laguna. Mabayo also thanked Erwin Licudine Dolormente, the deliveryman who helped them bring the bike to Mendoza’s son, for his honesty and effort. Dolormente reached Mendoza’s home in Laguna at 5:00 a.m. the following day.

A toy truck for Anjo

Meanwhile, another good Samaritan who was touched by Anton Mendoza Jr.’s love for his son will also be sending a toy truck as a gift for Anjo.

In a Facebook post on Saturday, Oct. 24, Krsytelle Anne Moon of Cainta, Rizal, shared her conversation with Mendoza as she inquired if there was already a sponsor who will give a bike to Mendoza’s son.

Moon said in an interview with INQUIRER.net that she ordered a toy truck for Anjo online and it will serve as her belated and advance birthday gift for the boy. She also wanted to give Anjo a bicycle, but when she found out that there is already a sponsor for that, she decided to just buy him a toy truck and give Anjo’s family financial help that they may use to buy a sack of rice.

(I really wanted to help because when I was young, I also grew up in hardships, so I know their struggles. That was why when I saw Anjo without a toy, I was touched by his situation.) 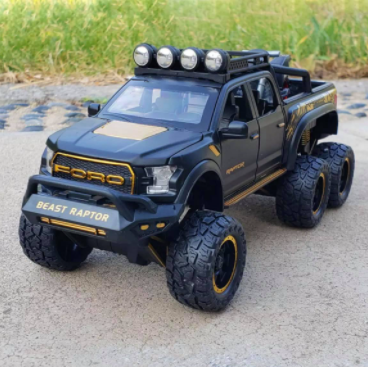 Moon already sent aid to Anjo’s father as they wait for the toy truck to be delivered to their home.

Meanwhile, Mendoza is grateful to those who have been sending them help and said that his son Anjo is truly happy because of the unexpected gifts from the generous netizens. JB