(Editor’s note: This is the third in a series of reports in observance of INQUIRER.net’s 23rd anniversary. It relates how the online company, through social media, is able to help improve the lives of people. )

MANILA, Philippines—At age 7, he learned how to weave a rug. At age 9, he is weaving positive change in his family and community.

Just when classes were about to start, nine-year-old Gilbert “Iboy” Bandillo, a rug maker from Payatas, Quezon City, finally got the tool he needed for distance learning, a tablet. 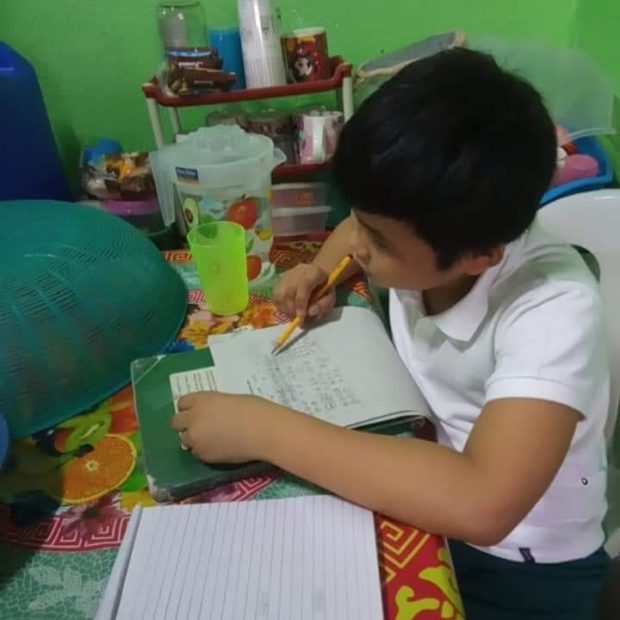 “Thank you, now I have something to use,” Iboy told INQUIRER.net in a phone interview, speaking in Filipinos.

Via Be An INQUIRERWATCH: Iboy Bandillo, a 9-year-old boy from Quezon City who went viral after netizens learned that…

“I’m happy. I didn’t think someone would help,” he said. 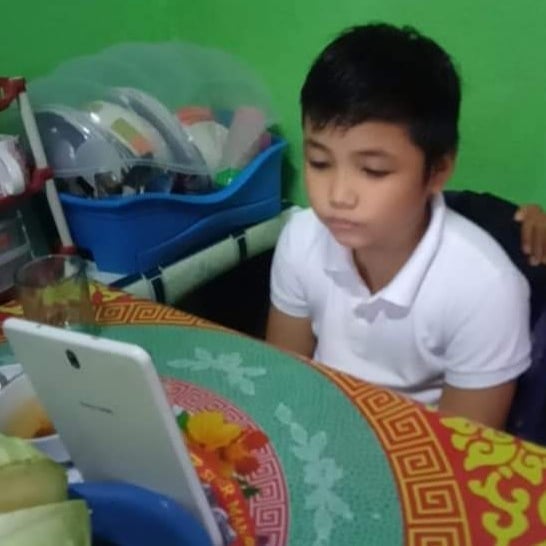 Iboy looks at his new tablet given by a Good Samaritan after learning of his ordeal and struggle through INQUIRER.net. PHOTO BY GAIL VALENCIA

After his story was shared to the world, Gail Valencia, a close friend of Iboy’s family, said the Bandillos were flooded with messages from netizens asking how they can help the boy and how to buy his handwoven rugs.

Being recognized by one of the top artist here in our country means a lot to us. Hearing her message gives me…

“We were really flooded after your feature. That’s why I said, we’re really grateful to Inquirer because after you posted, many people messaged us,” Valencia said in Filipino.

Valencia manages the rug business of Iboy’s family, naming the products “Angels Rags” because these were made by the nine-year-old boy and his siblings. 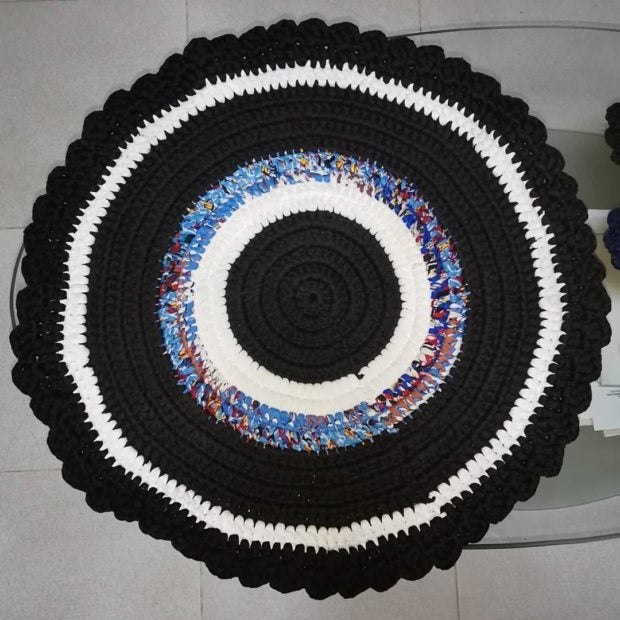 Rugs, like this, have given Iboy, his family and neighbors hope. PHOTO BY GAIL VALENCIA 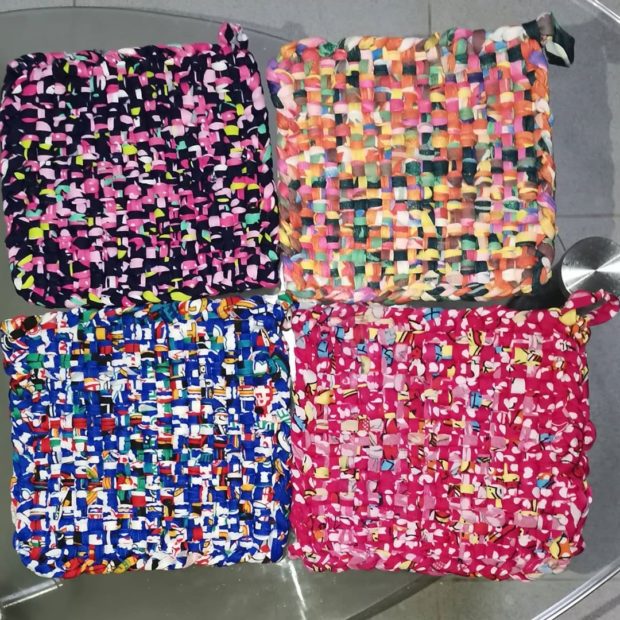 Some of the rugs which Iboy and his siblings craft. PHOTO BY GAIL VALENCIA 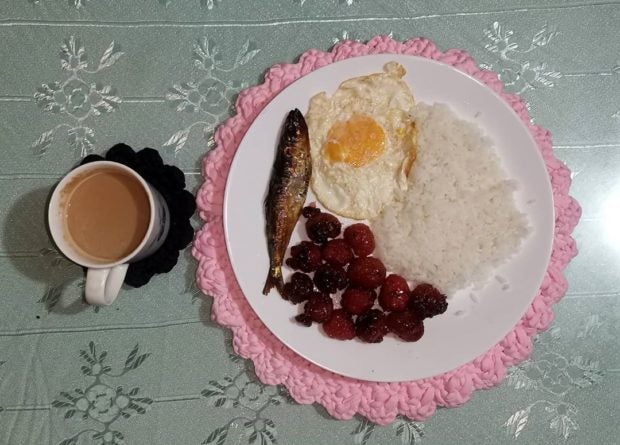 She was the one who shared the story of Iboy on Be An INQUIRER, INQUIRER.net’s official citizen journalism online community, on Facebook last Sept. 18.

Aside from manning the social media accounts of Angels Rags, she also answers queries, offers rugs via Facebook livestream and handles the delivery of the products to help Iboy’s family.

Valencia said a netizen sent her a message to express interest in giving the young boy a tablet. But Iboy already has one from another Good Samaritan.

“Iboy said, let’s give it to my sister. I told him that we will tell the person that the tablet would no longer belong to you because you already have one. The person called Iboy via video. And then they sent the tablet to us,” Valencia said in Filipino.

With business booming, Valencia said Iboy was also able to buy a smartphone that he could share with his younger siblings for distance learning.

The family was also able to venture into another business, selling chorizo or pork sausage, Valencia said.

With Iboy’s story resonating among more people, its positive effect on his family also created ripple effects among neighbors in Payatas, one of the country’s poorest communities.

Like millions of other Filipinos, Iboy and his neighbors were hit hard by the pandemic and movement restrictions that came along with it and sent families to a financial slump.

But thanks to the now wide reach of Angels Rags, Valencia said handwoven products of Iboy’s neighbors can also be sold.

Iboy’s grandmother buys the neighbors’ rugs and Valencia resells these through her online business.

“The grandmother gets them all because she feels sorry for them. She told me, it’s a pity because they don’t have anything to eat. The neighbor asked us to get all the rugs so that they can buy rice,” Valencia said, speaking in Filipino.

Valencia also said the family sometimes hire neighbors to deliver the rugs and let them keep the delivery fee, just so they can get help no matter how small it may be.

“Angels’ Rags before only pertained to Iboy, his grandmother and siblings. But now it has become wider. When you say Angels Rags, it’s Payatas,” said Valencia.

Iboy’s story was only one among many that INQUIRER.net shared and which inspired people, sparked change and touched the hearts of Filipinos throughout the years.

As the pandemic persists, all the more these stories need to be heard— to improve lives, even in a small way, and create awareness about what is happening on a larger scale and its effects on ordinary people, like Iboy.

Since 2020 started, the country was hit by disaster after disaster, with the year beginning with the eruption of Taal Volcano, displacing thousands of families from their homes and ushering in a period of restlessness among those who were forced to flee.

The flip side of the coin, however, was this Filipino tendency to help, bayanihan.

The bayanihan spirit awoke in the Inquirer Foundation which set up a soup kitchen and distributed relief goods to some 250 families, or more than 1,000 individuals, at a shelter for those displaced by the eruption of Taal in Calaca, Batangas. Inquirer Foundation also launched its own donation drive to help the displaced get their daily needs, like food and toiletry.

The Inquirer is a weaver in a way, too. It connects readers with reliable and timely information which could help them hurdle unprecedented challenges, like the one now being foisted on everyone by the COVID-19 pandemic. 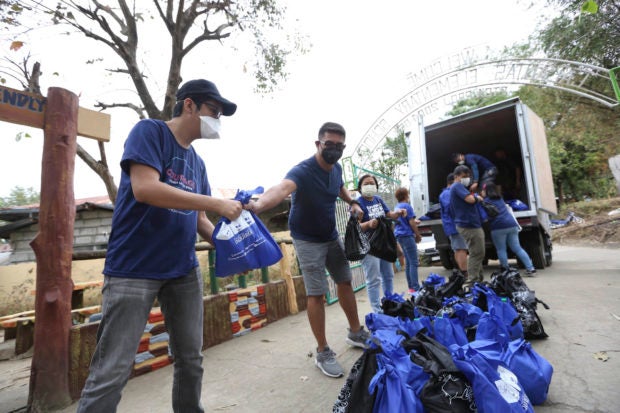 From the time enhanced community quarantine, the strictest form of lockdown, was imposed in March to the period when restrictions were relaxed, INQUIRER.net offered accessible, easy-to-read information on guidelines issued by the government through its COVID-19 information desk. 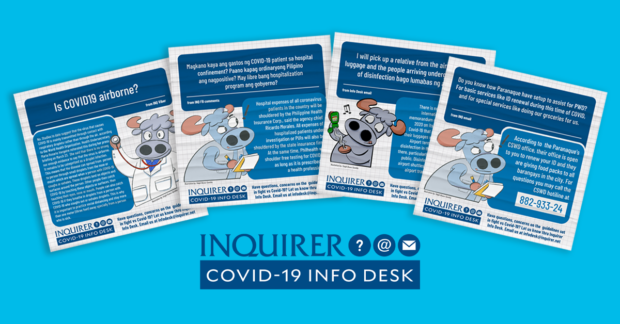 At least 2,600 questions from people feeling the impact of the pandemic were given answers by INQUIRER.net through its information desk. The questions ranged from concerns about checkpoints, mobility, financial aid, employment, health and even complaints about poor government service.

And it’s not all.