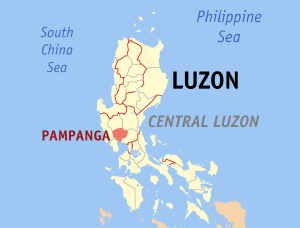 MANILA, Philippines — The Bureau of Animal Industry (BAI) on Wednesday confirmed that there was a detection of the H5N6 Avian flu, or “bird flu” in San Luis, Pampanga.

In a statement, the BAI said that the bird flu was detected in a poultry layer or egg-producing farm in San Luis.

This comes five days after the Department of Agriculture said that the avian influenza was cleared in Jaen, Nueva Ecija, four months after its outbreak there.

Upon confirming the report of detection, the BAI said that a team of veterinarians and animal health officers from the agency, DA-Region III office, Pampanga’s provincial veterinary office and the San Luis local government unit “immediately applied emergency control measures at ‘ground zero’ and conducted disease surveillance around the infected farm in San Luis.”

Initial investigation showed that the source of the bird flu was from migratory birds, BAI said.

“The team humanely culled a total of 38,701 head of layers and disposed off them properly, employing the protocols under the Avian Influenza Protection Program of the Philippine Government,” BAI Director Dr. Ronnie Domingo said in his report to DA Secretary William Dar.

Domingo added that those involved in the disease control measures were “strictly monitored” by the health office of San Luis.

The BAI Director also assured that the avian flu was not reported and detected among broilers, the primary source of poultry meat.