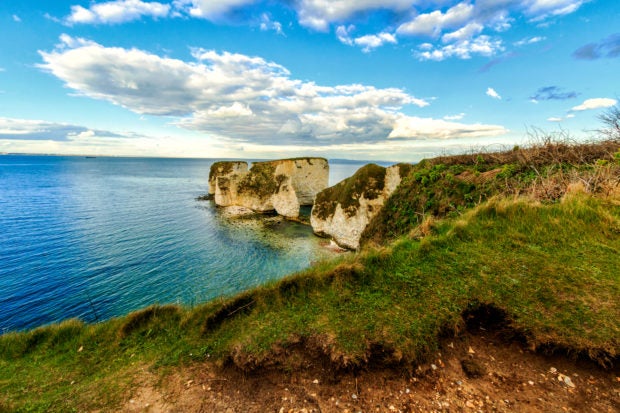 A United States police officer rappelled off a cliff using his 100-foot-long dog leash to rescue a man who drove his car off the cliff while his twin 2-year-old daughters were in the vehicle.

San Diego K9 police officer Jonathan Wiese rescued the father and his two kids from the car, which turned upside down in the water, ABC-affiliate KGTV reported last Saturday, June 13.

The police department first received information regarding a suicidal 47-year-old man. The children’s mother apparently reported that the man took their daughters and threatened to drive off the Colorado Bridge. The authorities tracked the man in Sunset Cliffs in California.

According to the report, a lieutenant who was in the area witnessed a Dodge truck drive off the cliff. The officer immediately called for back up.

When Wiese arrived at the scene, he used his dog tether to rappel down the cliff and get to the truck. He then helped the man and his girls get to shore.

The father was taken into police custody for attempted murder while the girls were brought to the hospital. According to a follow-up report by KGTV on the same day, the twins had to be taken to the intensive care unit but are expected to fully recovery.

The leash was apparently for special weapons and tactics (SWAT) missions, Wiese said. The officer explained what pushed him to do the “heroic” act.

“I have a 2-year-old daughter at home so I imagined, what if that was my wife and kid down there?” he was quoted as saying.”You’re not going to stand there on the cliff and watch it happen.”

Amid the protests against racism and police violence in the country, Wiese said that he did not rescue the toddlers to be “liked every day.”

“I did it because I want to be out there making a difference and helping people, as cliché as that might sound, but I was just glad I could be there,” he said in the report.

He admitted that after the adrenaline had passed, the rescue actually took a physical and emotional toll on him.

“You just do what you have to do,” he added. “[But] after everyone was safe, it hits you and you just want to go home and hug your kids that’s for sure.” Cha Lino/JB

The Philippine Department of Health has said that every case of suicide is a tragedy that can be avoided. Thus, people who feel that they may be suffering from mental health and need help may call Hopeline hotlines: