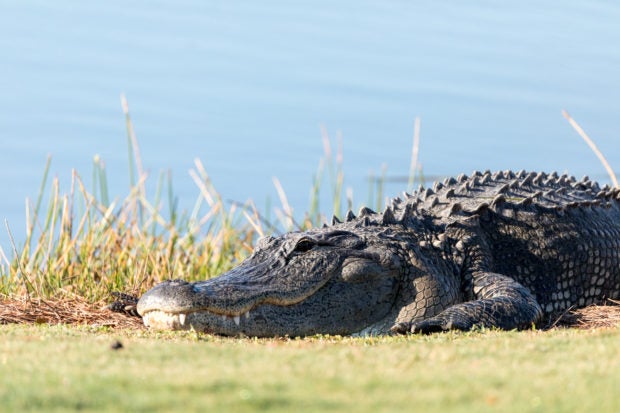 A man who had said he would fight “tooth and nail” for his dog, got into a tug-of-war match with an alligator that attacked his pet in Florida in the US.

Trent Tweddale and his dog Loki were out for a morning walk in their farm last Monday, June 8, when the alligator appeared, NBC-affiliate WFLA-TV reported last Wednesday, June 10.

The man and his dog survived the encounter, but Loki had to undergo an emergency surgery since his front leg was almost severed by the alligator.

Tweddale recalled how his dog had its front paws in a river when the almost 13-foot-long alligator attacked and pulled the dog down the water.

“I grabbed the dog’s collar to try to pull him back and I ended up in a tug of war match with this gator and the gator was not letting go,” he was quoted as saying. “So I let go of the collar and I got about knee-deep into the water and started pounding on the gator’s head until he eventually let go.”

The dog’s bones were out and its arm “was just hanging by a shred” when Tweddale pulled his pet to safety, according to the report. The man, who was a former Army staff sergeant, got away with a few scratches.

“They put metal plates and screws in and were able to reconstruct it that way,” he said in the report, explaining the dog’s surgery. “We’re hoping that he can regain full use of his paws after this.”

Tweddale vowed that he would not rest until he catches the alligator. He has since gotten the help of the Florida Fish and Wildlife to set a trap for the creature. As of this writing, they have yet to have any luck capturing the alligator. Cha Lino /ra