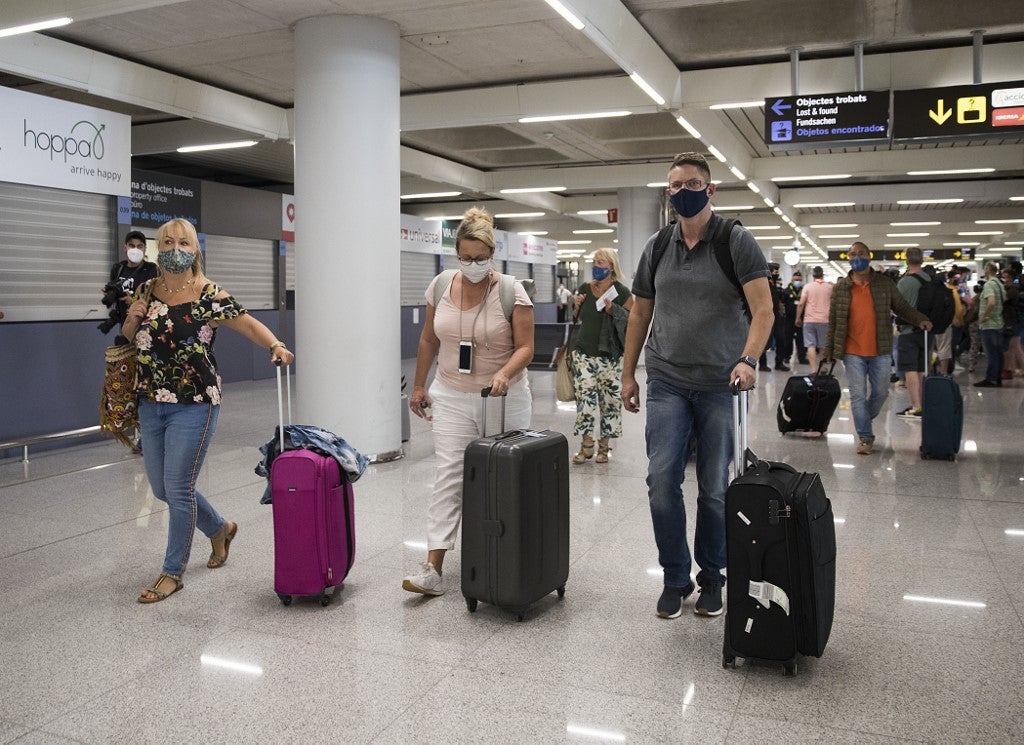 German tourists arrive at Son San Joan Aeroport in Palma de Mallorca on June 15, 2020, as part of a pilot program to reactivate tourism a week before Spain reopens its borders. (Photo by JAIME REINA / AFP)

British visitors to Spain may face quarantine despite the reopening of Europe’s frontiers if London upholds a similar measure, the Spanish foreign minister said on Tuesday.

Spain will lift its quarantine measures on June 21 for all residents of the European Union and the passport-free Schengen zone.

“Should the UK want to keep (quarantine measures) beyond that date… then we will respect this but we will probably reciprocate,” Arancha Gonzalez Laya told the BBC’s HARDtalk program.

She said Spain, which will open its borders to all international visitors on a reciprocal basis from July 1, would seek talks with the UK over the matter.

A similar arrangement is already in place in France, which has enforced a reciprocal quarantine on visitors from the UK since June 8.

That was when Britain introduced a two-week self-quarantine requirement for overseas arrivals with anyone failing to comply facing a £1,000 ($1,250) fine or prosecution.

The aim of the measure, which will be assessed every three weeks, is to slow the spread of the virus, which has killed more than 41,000 people in Britain, the third-heaviest death toll in the world.

After France, Spain is the world’s most popular tourist destination, and visitors from Britain make up the single largest national group.

More than 18 million British tourists visited Spain last year, accounting for more than a fifth of the overall total of nearly 84 million visitors, figures from the National Institute of Statistics show.

Spain has also suffered one of the world’s most deadly outbreaks of the virus that has claimed more than 27,000 lives, although authorities say it is now well under control.

Commenting on the health situation in both countries, Gonzalez Laya said it was “a little bit better in Spain than it is in the UK, but hopefully, by the time we open our borders, the UK would have moved forward also”.