Protesters in US call attention to deaths of more black men 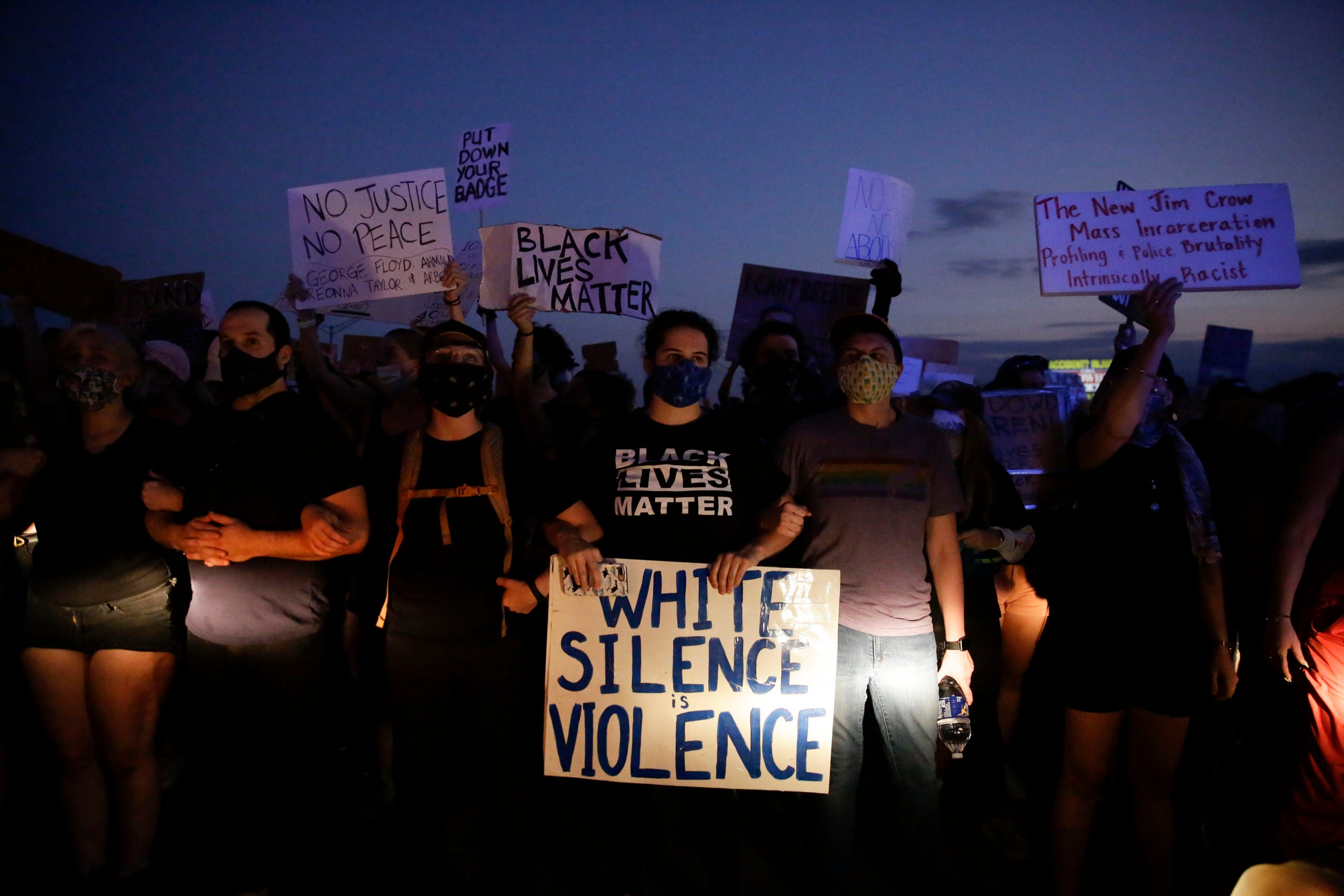 Protesters block traffic on the highway during protests Saturday, June 13, 2020, near the Atlanta Wendy’s where Rayshard Brooks was shot and killed by police Friday evening following a struggle in the restaurant’s drive-thru line in Atlanta. (AP Photo/Brynn Anderson)

Protests initially ignited by the May 25 death of George Floyd at the hands of Minneapolis police continued over the weekend, as anti-racism protesters in the United States sought to call attention to the deaths of two more black men and Black Lives Matter demonstrations unfolded in London and Paris.

Early Sunday, Atlanta police announced that an officer had been fired following the fatal shooting of Rayshard Brooks, 27, on Friday night, and another officer had been placed on administrative duty. Mayor Keisha Lance Bottoms has called for the immediate firing of the officer who opened fire on Brooks at a press conference Saturday evening, where she also announced that she had accepted the resignation of Police Chief Erika Shields.

“I do not believe that this was a justified use of deadly force,” Bottoms said.

Roughly 150 protesters marched outside the Wendy’s restaurant outside where Brooks was shot, reigniting demonstrations that had largely simmered in the Georgia capital nearly three weeks after Floyd, another black man, died after a white Minneapolis police officer pressed a knee to his neck.

The Wendy’s was set aflame at one point Saturday night, although the fire was out before midnight. The Georgia Bureau of Investigation said that Brooks, who was seen on body camera video sleeping in a car blocking the Wendy’s drive thru, failed a sobriety test and was shot in a struggle over a police Taser.

Stacey Abrams, the Georgia Democrat who gained national prominence running for governor in 2018, tweeted that “sleeping in a drive-thru must not end in death.”

In Palmdale, California, hundreds of people on Saturday marched to demand an investigation into the death of Robert Fuller, 24, who was found hanging from a tree early Wednesday near city hall. The protesters marched from where the body was found to a sheriff’s station, with many carrying signs that said “Justice for Robert Fuller.”

Authorities said the death appeared to be a suicide, but an autopsy was planned. The city said there were no outdoor cameras that could have recorded what happened.

Fuller’s death has brought to light the death of another black man found hanging from a tree on May 31 in Victorville, a desert city 45 miles (72 kilometers) east of Palmdale. A sheriff’s spokeswoman, Jodi Miller, told Victor Valley News foul play was not suspected in 38-year-old Malcolm Harsch’s death but the man’s family said they were concerned it will be ruled a suicide to avoid further attention.

Protesters in New Orleans tore down a bust of a slave owner who left part of his fortune to New Orleans’ schools and then took the remains to the Mississippi River and rolled it down the banks into the water.

The police did not identify the bust but it was of John McDonogh. Mayor LaToya Cantrell said in a tweet that the city “rejects vandalism and destruction of City property. It is unlawful.” The toppling of McDonogh’s bust was yet another episode in the rapidly unfolding movement to take down Confederate statues in the U.S. and reassess monuments to historical figures worldwide.

Members of the Clemson University football team led hundreds of demonstrators on the school’s campus in South Carolina. The march came a day after Clemson trustees voted to rename its honors college, stripping from the program the name of former vice president and slavery proponent John C. Calhoun.

European protesters sought to show solidarity with their American counterparts and to confront bias in their own countries on Saturday. The demonstrations also posed a challenge to policies intended to limit crowds to prevent the spread of the coronavirus.

In Paris, police stopped protesters from confronting far-right activists who unfurled a huge banner from a building denouncing “anti-white racism.” The banner was partly torn down by residents in the building, with one raising a fist in victory.

A Black Lives Matter group in London called off a demonstration, saying the presence of counter-protesters would make it unsafe. Right-wing activists and soccer fans descended on the U.K. capital, saying they wanted to guard historical monuments that have been targeted by anti-racism protesters.

Many gathered around the statue of wartime Prime Minister Winston Churchill and the Cenotaph war memorial, which were boarded up Friday to protect them from vandalism. Officials feared far-right activists would seek confrontations with anti-racism protesters under the guise of protecting statues.

The statue of Churchill had been daubed with the words “was a racist.” Prime Minister Boris Johnson called Churchill a hero but acknowledged that he “sometimes expressed opinions that were and are unacceptable to us today.”

Some activists threw bottles and cans at officers, while others tried to push through police barriers. The mostly white crowd chanted “England” and sang the national anthem while riot police on horses pushed them back.

A rally in Paris drew 15,000, led by supporters of Adama Traore, a French black man who died in police custody in 2016. No one has been charged in his death. Police fired tear gas and blocked people from marching.

An enormous portrait showed one face with images of Floyd and Traore. Banners strung between trees around Republique plaza bore the names of dozens of others who have died or suffered violence at the hands of French police.

Myriam Boicoulin, 31, who was born on the French Caribbean island of Martinique, said she marched because she wanted to be heard.

As a black woman living in mainland France, she said, “I’m constantly obliged to adapt, to make compromises, not make waves — to be almost white, in fact.”