Before the image of the Black Nazarene could make its way back to the Quiapo Church, pieces of trash were left scattered by its devotees.

Photos from INQUIRER.net showed that the trash left were mostly plastic bottles and styrofoam boxes along Quezon Boulevard in Manila. 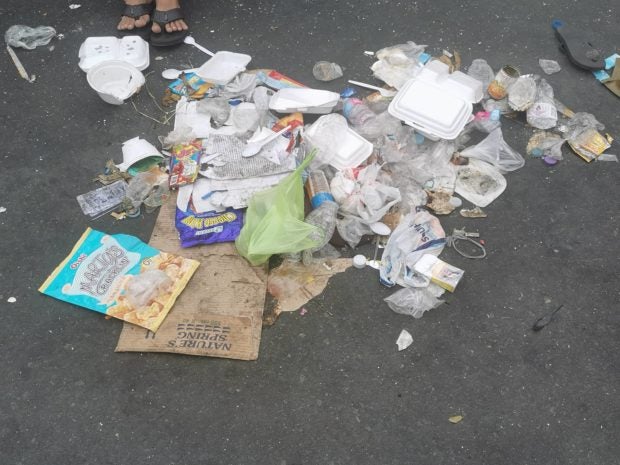 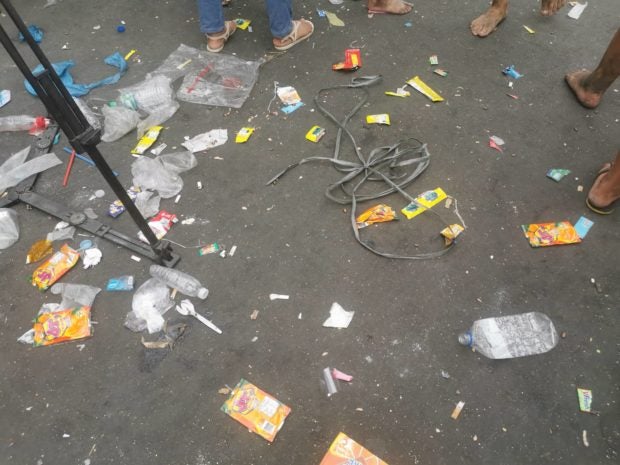 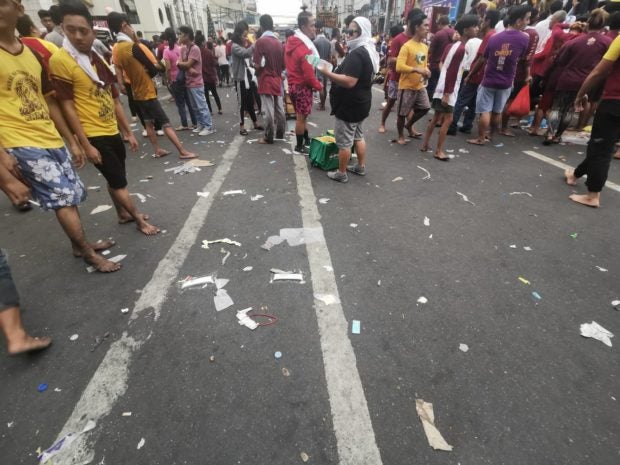 This happened despite what environmental groups and the Manila local government earlier called on those participating in the procession to cut down the trash.

At Carlos Palanca Street, meanwhile, street sweepers may have already gotten rid of the garbage as the road was seen spotless. 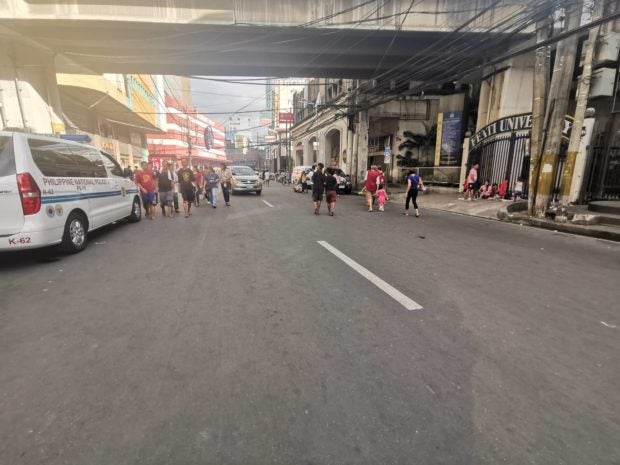 Manila’s Department of Public Services (MDPS) previously reported that 14 truckloads of garbage were collected as of 10:21 a.m., six hours after the Traslacion started.

Six million devotees were expected to join the annual procession, which started at the Quirino Grandstand and will end at Luneta Park.