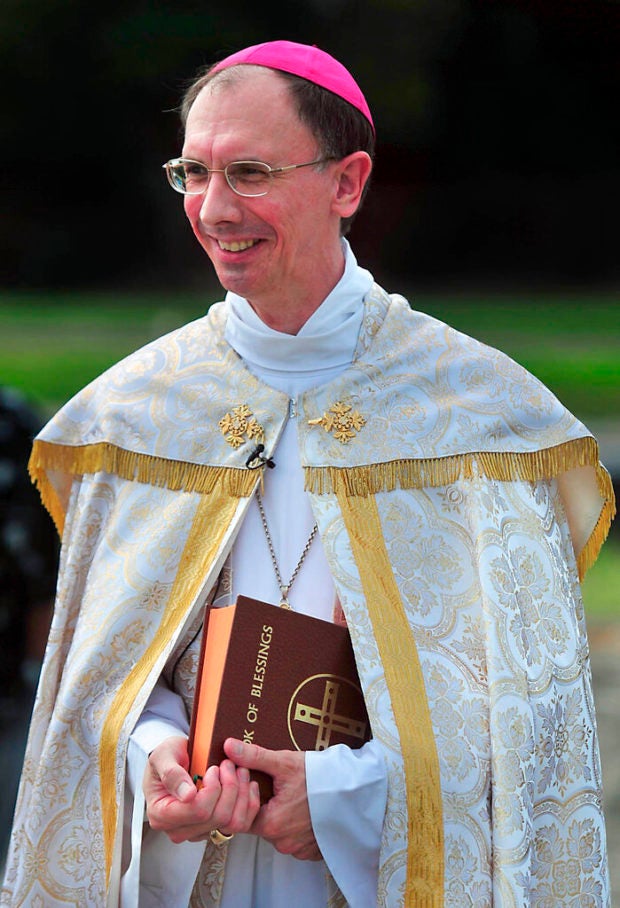 RALEIGH, N.C. — A Catholic diocese in North Carolina on Monday published a list of 14 clergy who it says have been credibly accused of child sexual abuse in the nearly 50 years since the diocese was established.

“To all who have been victimized by Catholic clergy, I apologize on behalf of the diocese and express to you personally my heartfelt sorrow for the physical, emotional and spiritual pain you have suffered,” the Rev. Peter Jugis wrote on the diocese’s website.

“Regrettably, it is clear in our history that the Catholic Church — including this diocese — did not fully understand the pathology of child sexual abuse or respond to allegations as aggressively as it could have, as we do today,” wrote Jugis, who is bishop of the diocese.

No active clergy in the diocese have a credible allegation of child abuse against them, Jugis said.

Of the 14, nine are dead, according to the diocese’s list. Of the remaining five, two were convicted, the diocese said. The others were removed, dismissed or left the ministry.

Critics of the Roman Catholic Church have said the lists of credibly accused priests are incomplete even though dioceses have released nearly 5,300 names, most in the last two years.

An analysis by The Associated Press found more than 900 clergy members accused of child sexual abuse who were not included on lists released by dioceses and religious orders where they served.

The Charlotte Diocese made most of the names known years ago, Jugis said. They include Robert Yurgel, who was assigned to churches in Charlotte and Gastonia in the late 1990s.

Yurgel pleaded guilty to felony second-degree sexual offense in 2009 and served nearly eight years in prison after a man reported that Yurgel had repeatedly abused him when he was 14.

In 2010, a civil lawsuit against the Capuchin Franciscans, the religious order in New Jersey to which Yurgel was assigned, and the Charlotte diocese was settled.

A leader of the Charlotte affiliate of the Survivors Network of Those Abused by Priests said the diocese should have released the list long ago, when news broke of clergy abuse in Boston.

“I’m not going to give them a gold star for doing what they should have done 18 years ago, said David Fortwengler of Gaffney, South Carolina. “But a list is better than no list.”

The publication of the names is a turnaround for the Charlotte Diocese in the past year. In January, after state Attorney General Josh Stein urged the diocese to release names, a spokesman said that doing so might further harm victims.

The investigation into the names of credibly accused priests began more than a year ago, Jugis said. The diocese hired independent investigators to review about 1,600 personnel and other historical records, he said.

The Charlotte Diocese serves more than 400,000 Catholics in 46 counties in western North Carolina. It defines a credible allegation as “one that has the semblance of truth; one supported by information worthy of belief. It is not a finding of guilt.”

The diocese is establishing a hotline to make it easier to report abuse, Jugis said.