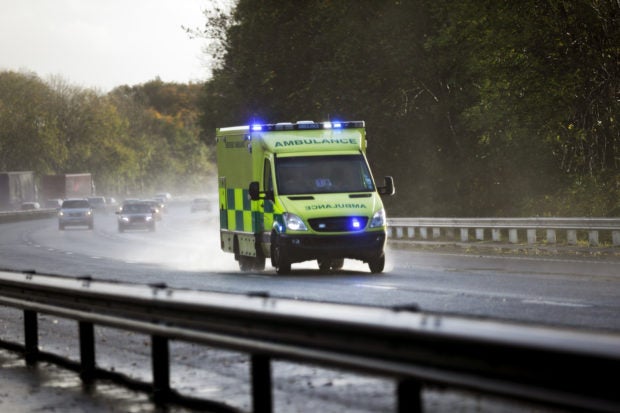 A woman who broke her foot in an accident was forced to wait for six hours for an ambulance while lying on a freezing pavement in Wales, United Kingdom.

Donna Gilby, a mother of an 11-year-old girl, slipped and suffered a broken foot after getting out of her car outside her apartment last Tuesday, Dec. 17, as per Media Wales on Dec. 18.

She died the next morning after suffering from a cardiac arrest at the hospital.

Gilby’s family members said they called an ambulance around 8 a.m., but it arrived around 2 p.m. During the six-hour wait, Gilby’s neighbors, friends and family helped her get warm by covering her with coats and blankets.

The 47-year-old mother reportedly suffered from a bad back, which is why no one moved her from the pavement, the report stated. Gilby also had an irregular heartbeat and had two mini-strokes as she lay down on the concrete.

“We then called the ambulance service and told them Donna was slipping in and out of consciousness. [T]hat must have been somewhere between 8 and 8: 30 a.m., ” her 74-year-old father Gareth Gilby was quoted as saying.

“When there was still no sign an hour later we called again –  this time we were told they were ‘doing their best’ but that they ‘didn’t know when they would get to her,'” Gareth added.

The Welsh Ambulance Service apologized in a statement released by their chief executive, Jason Killens, who said they are investigating Gilby’s case.

“We were deeply saddened to hear about the death of Ms. Gilby and would like to extend our heartfelt condolences to her family,” the statement read. “We are sorry that our response took longer than we would have liked on this occasion.”

The ambulance service asked Gilby’s family to share their account of the incident to help in the ongoing investigation. Ian Biong/JB

Man found in wife’s freezer may have planned to hide his death, helping her get benefits