MANILA, Philippines — Noise from cars, trucks, and buses mix with the discordant clatters at the terminal while people rushing to go home for Christmas come and go.

Amid the chaos, Gaspar Peña sits on a chair, patiently waiting for his turn to finally board the bus going to Sorsogon. He’s been wishing for luck to arrive since 3 a.m. Sunday. But he doesn’t mind. After all, what are hours of waiting compared to spending the last decade not being able to visit his brothers in their province? 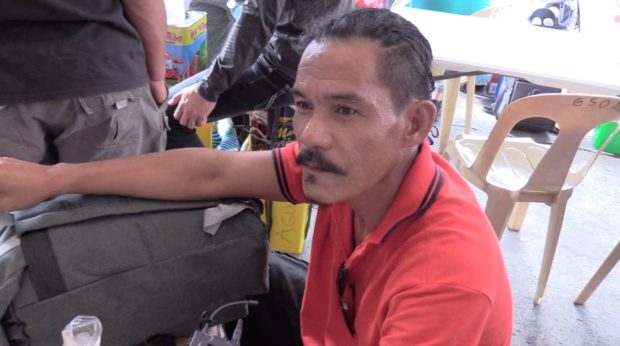 WAITING GAME Chance passenger Gaspar Peña waits at the Araneta Center Bus Terminal in Cubao, Quezon City, on Sunday, December 22, 2019, for his turn to ride the bus and go home to Sorsogon to see his older brothers and be with them this Christmas INQUIRER.NET PHOTO/CATHY MIRANDA

Peña, who now lives in Valenzuela City, arrived at the Araneta Center Bus Terminal in Cubao, Quezon City in the wee hours hoping to get a ticket home. He said he was not able to reserve a ticket ahead because of his busy work schedule. He would travel to Sorsogon with his wife.

If things turn for the worse that he could not make it, Peña said he would have to face the sad reality of waiting for another year before he could hopefully finally visit his older brothers.

But Peña was not alone. Like him, many passengers were taking chances Sunday to clinch a seat or two on the bus to spend the holidays with loved ones in the province. 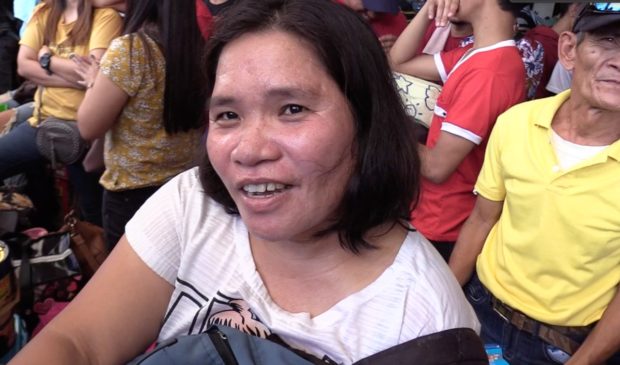 WAITING GAME Evelyn Alindugan has traveled all the way from Taytay in Rizal province to the Araneta Center Bus Terminal in Cubao, Quezon City, in a bid to try her luck in getting a ride to Irosin, Sorsogon, on Sunday, December 22, 2019. INQUIRER.NET PHOTO/CATHY MIRANDA

After traveling all the way from Taytay in Rizal on Saturday night, Evelyn Alindugan was still at the bus station Sunday morning. Alindugan was also hoping to get on the bus that would bring her to Irosin, Sorsogon in time for Christmas Day. She arrived at the terminal midnight Sunday.

(We cannot get a ticket. We came all the way from Taytay, we have not slept yet. There are so many people, it is so hard right now, people return to provinces every December.)

(Our family is there. I want to spend the New Year and Christmas with them so that we will be happy.)

Araneta Center Bus Terminal General Manager Ramon Legazpi on Saturday said that some bus arrivals and departures were delayed due to heavy traffic in some areas.

Legazpi even advised passengers to book their rides ahead of their travel date to avoid the long queues at the bus station. 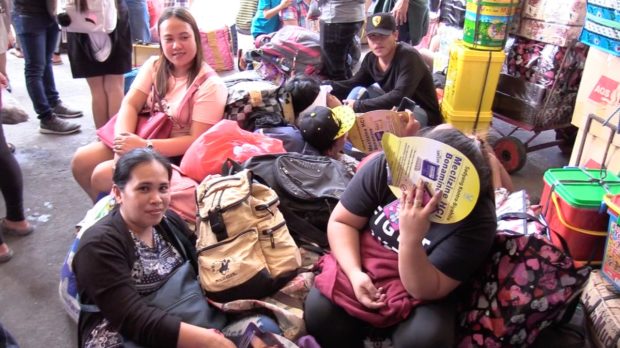 WAITING GAME Rosalia Rosalis (left corner) braves long hours of waiting at the Araneta Center Bus Terminal in Cubao, Quezon City, on Sunday, December 22, 2019, as she hopes to make the “extra special” trip to go to Catbalogan, Samar, and be with her family for good. INQUIRER.NET PHOTO/CATHY MIRANDA

Still, Rosalia Rosalis said she was willing to endure the long wait because this trip was extra special for her: She would be staying in Catbalogan, Samar, for good.

Rosalis and eight of her relatives came from Montalban, also in Rizal province, and arrived in Cubao around 4 a.m.

(We were not able to reserve a ticket because we thought our trip would not push through, but it did. It’s hard apparently.)

(I am willing to wait until I get a ticket. We will still wait because this is for my children in the province.)