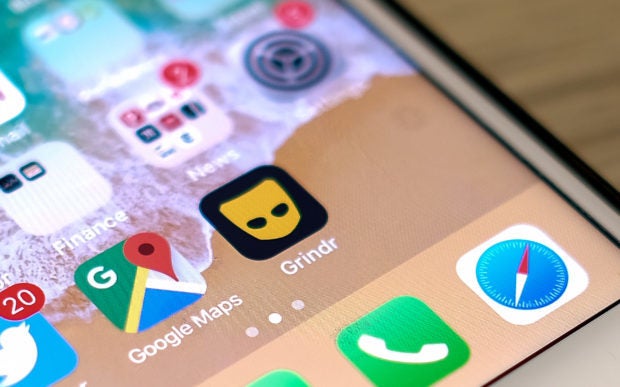 The Grindr app on a phone. Image: AFP/Chris Delmas

A leader of the Kirksville Church of Christ in Missouri, United States was caught soliciting sexual favors in exchange for money on dating app Grindr through an undercover police operation.

Grindr is a social networking app for gays, bisexuals, transgenders and queer people.

Authorities said they received a tip that 57-year-old Barry Cole Poyner, who is also a professor at Truman State University, has been “harassing male students for sexual contact as well as offering to pay for items for sexual favors by using the app Grindr,” local paper Kirksville Daily Express reported on Dec. 13.

Poyner was caught in a trap set by the Kirksville Police Department, who created a fake Grindr account to lure the church elder, as per report.

A certain Grinder user named “DILF” reached out to the undercover officer, and told him that he “would love to have a sugar daddy relationship.” DILF also told the officer that he has given away money, clothes and gift cards before to previous partners.

The undercover officer was asked by DILF on Dec. 3 if the former would like to get free gas in exchange for sexual favors, and even said that he “might throw in an Arby’s card (gift card) LOL.”

DILF, who turned out to be Poyner, was eventually lured to meet up at a local gas station. He even provided his real address before the meet-up, as per report.

Authorities said Poyner attempted to flee and drove away after being approached by police officers at the gas station. He eventually stopped, however, and was questioned by police.

Poyner clarified that he “was not doing anything with a minor,” as police documents stated. When officers said the operation is about him offering to pay for sexual favors, Poyner reportedly said he “was not going to do that,” and that he was just “going to give him some gas.”

Poyner, who is one of the three elders of his church, has since then been suspended by his university to teach, participate in any campus activity or enter school grounds, as per a statement released by the university.

The 57-year-old has been charged with a class B misdemeanor count of patronizing prostitution. Poyner, who is set to appear in court in January next year, and is reportedly cooperating with authorities on the investigation. Ian Biong/JB