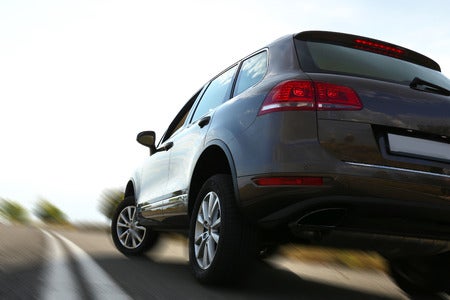 A man in Kansas was arrested for using a stolen SUV to reportedly go to a police station and bail his brother out, who is in jail for stealing an SUV.

Eric McCracken was driving a stolen SUV when he was stopped and arrested by a Jackson County sheriff’s deputy near the city of Mayetta, Kansas, as per Fox affiliate WDAF last Saturday, Nov. 30.

Just a few hours apart, however, his younger brother Keith was also arrested for driving another stolen SUV, who Sheriff Tim Morse said was on his way to bail out his older brother.

“It is believed that the younger McCracken was (en route) to the Jackson County Jail to post bail on his older brother in a stolen vehicle,” Morse said in the report.

An off-duty officer was informed about a stolen vehicle, which led the cops to the younger McCracken.

Keith allegedly tried to escape from the cops and drove on before stopping behind a grocery store and running away. He was then reportedly caught by a police dog and arrested by authorities.

The two brothers are now both facing charges for license violations and running from the police. Ian Biong/JB