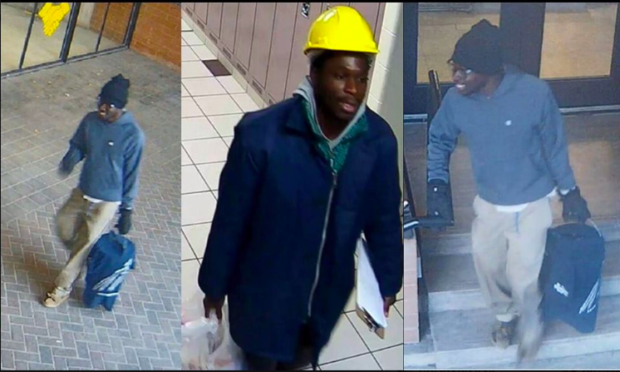 A 23-year-old man has been arrested for one of the most disgusting and bizarre crimes  in recent days — dumping “liquefied fecal matter” on three victims in Toronto, Canada for the past week.

Authorities believe that the poop-thrower, named Samuel Opoku, is the one responsible for three separate cases of fecal dumping attacks, from Nov. 22 to Nov. 25, at the University of Toronto (UoT) and York University areas, as per a statement from Toronto Police Const. Alex Li released yesterday, Nov. 26.

In the first attack, the alleged suspect assaulted a woman and a man by throwing “contents from a bucket which was described as liquefied fecal matter.” This occurred inside John P. Robarts Research Library, UoT last Friday, Nov. 22.

The second attack was done in a similar fashion: the victims were also a man and a woman inside a library, although this time, the poop-and-run was done in York University’s Scott Library.

The most recent attack, however, occurred in the College Street and McCaul Street area near UoT. Around midnight, Opoku allegedly approached a woman and hurled the liquefied matter at the poor victim.

Opoku was arrested yesterday evening in the Queen Street West and Spadina Avenue area. He was charged with five counts each of assault with a weapon, and mischief interfere with property.

The reason why Opoku allegedly did such crimes remains undisclosed, as of writing.

The alleged excrement-thrower is set to appear at the Old City Hall court on Queen Street West today, Nov. 27. JB

Wife burns husband’s car because it was dirty, charged with arson