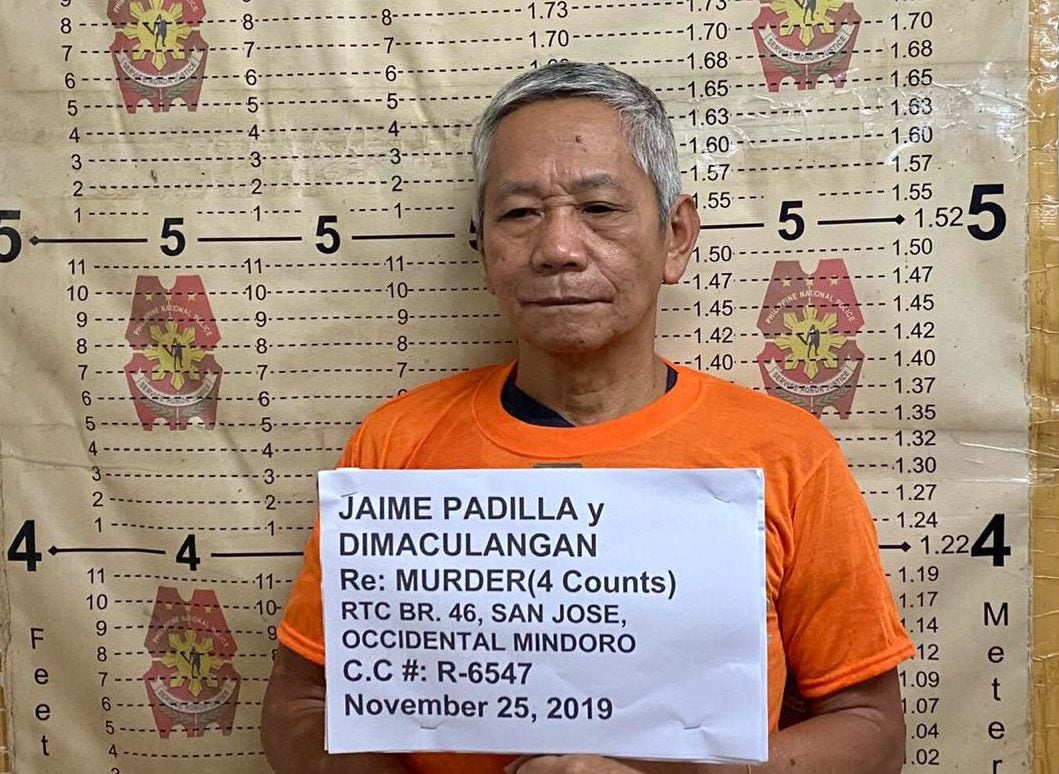 Jaime Padilla, an alleged leader of the New People’s Army, poses for a mugshot after he was arrested for multiple murder in San Juan City on Monday, November 25, 2019. Photo from NCRPO

LUCENA CITY –– The Communist Party of the Philippines (CPP) strongly condemned the arrest of the New People’s Army (NPA) spokesman for Southern Tagalog and demanded his immediate release by claiming he is a “peace consultant” and thus, immune from arrest.

The CPP said Jaime “Ka Diego” Padilla’s arrest violated his rights as provided under the Joint Agreement on Safety and Immunity Guarantees between the government and the National Democratic Front of the Philippines (NDFP), the political arm of the communist insurgents.

“Ka Diego is a holder of an NDFP Document of Identification which assigns him as a consultant of the NDFP in peace talks,” the CPP said in a statement issued by Marco Valbuena, the party’s chief public information officer.

According to the CPP, Padilla, who is in his 70s, is suffering from various physical ailments.

“Through the material support and various assistance of friends and allies of the CPP and NPA, he was brought to Manila to undergo diagnostics and medical treatment,” the group said.

Government forces arrested Padilla on Monday evening at the Cardinal Santos Medical Center in San Juan City, where the NPA leader was supposedly confined due to hypertension.

He was arrested under a warrant issued by RTC Branch 46 of San Jose, Occidental Mindoro.