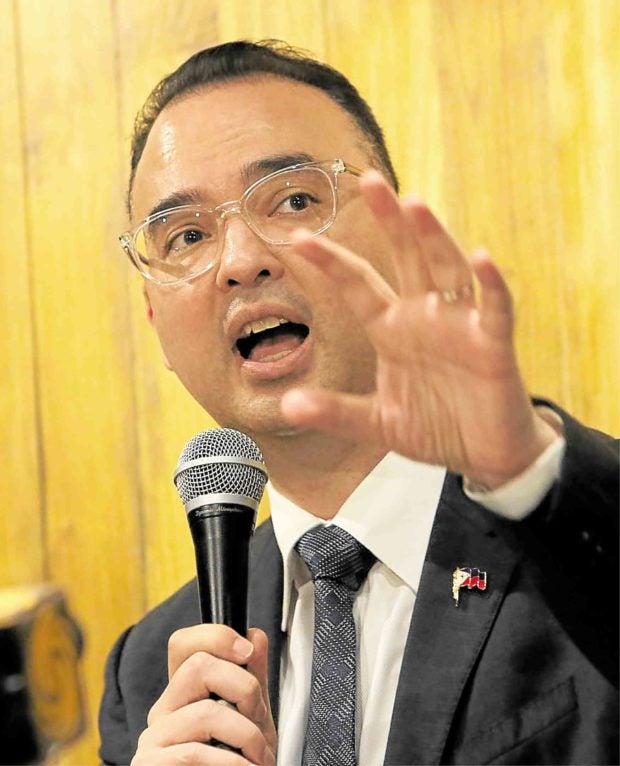 MANILA, Philippines — House Speaker Alan Peter Cayetano on Tuesday defended the controversial P50-million stadium cauldron for the Southeast Asian (SEA) Games, saying that ours was cheaper than the one built by Singapore.

“The cauldron that has been put in the spotlight is cheaper than what was built by Singapore four years ago, P63 million. Then yung sa Singapore hindi po sa national artist [Singapore’s cauldron was not designed by a national artist],” Cayetano, chair of the Philippine Southeast Asian Games Committee (Phisgoc) Foundation Inc., said during the resumption of the Senate deliberation on the proposed budget of the Philippine Sports Commission (PSC).

The production of the cauldron, which was designed by the late national artist for architecture Bobby Mañosa, was under the PSC.

Cayetano further argued that the cauldron was the symbol of the SEA Games and it is “a work of art.”

“The cauldron is the symbol, it’s not one of the symbols, it’s the symbol of the games whether it’s Olympic games or SEA Games and it’s a work of art,” he said.

“While some people may see a cauldron, we see a monument, we see the athletes, we see the burning flames that represent hope and the fighting spirit,” he added.

Earlier, Senate Minority Leader Franklin Drilon questioned what he called an extravagant “kaldero” for its cost amounting to approximately P50 million, which he said could have been used to build 50 classrooms.

“A 50-million kaldero. Do you realize that at P1 million per classroom this can construct 50 classrooms? In other words, we did away with 50 classrooms in exchange for one kaldero,” Drilon said during Monday’s deliberation.

In an interview with reporters after the Senate approved the budget of the PSC, Cayetano further defended the cauldron and said it was not overpriced or excessive.

“Ito ay isang requirement sa lahat ng games because it symbolizes the games, the competition, the spirit ‘no? So, pag tinanggal mo ’to, what price tag can you put on that? So is it expensive? Yes. But is it worth it? It’s priceless, it’s a work of art,” he said.

(This is a requirement in every game because it symbolizes the games, the competition, the spirit. So if you remove this, what price tag can you put on that? So is it expensive? Yes. But is it worth it? It’s priceless, it’s a work of art).

“Ito po, si Francisco ‘Bobby’ Mañosa, yun pong national artist for architecture, ang gumawa. It will be a permanent symbol na nandiyan. So it’s not overpriced and it’s not excessive,” he added.

(This is designed by Francisco Bobby Mañosa, our national artist for architecture. It will be a permanent symbol. So it’s not overpriced and it’s not excessive).

But Drilon insisted that the cauldron was a “luxury expense.”