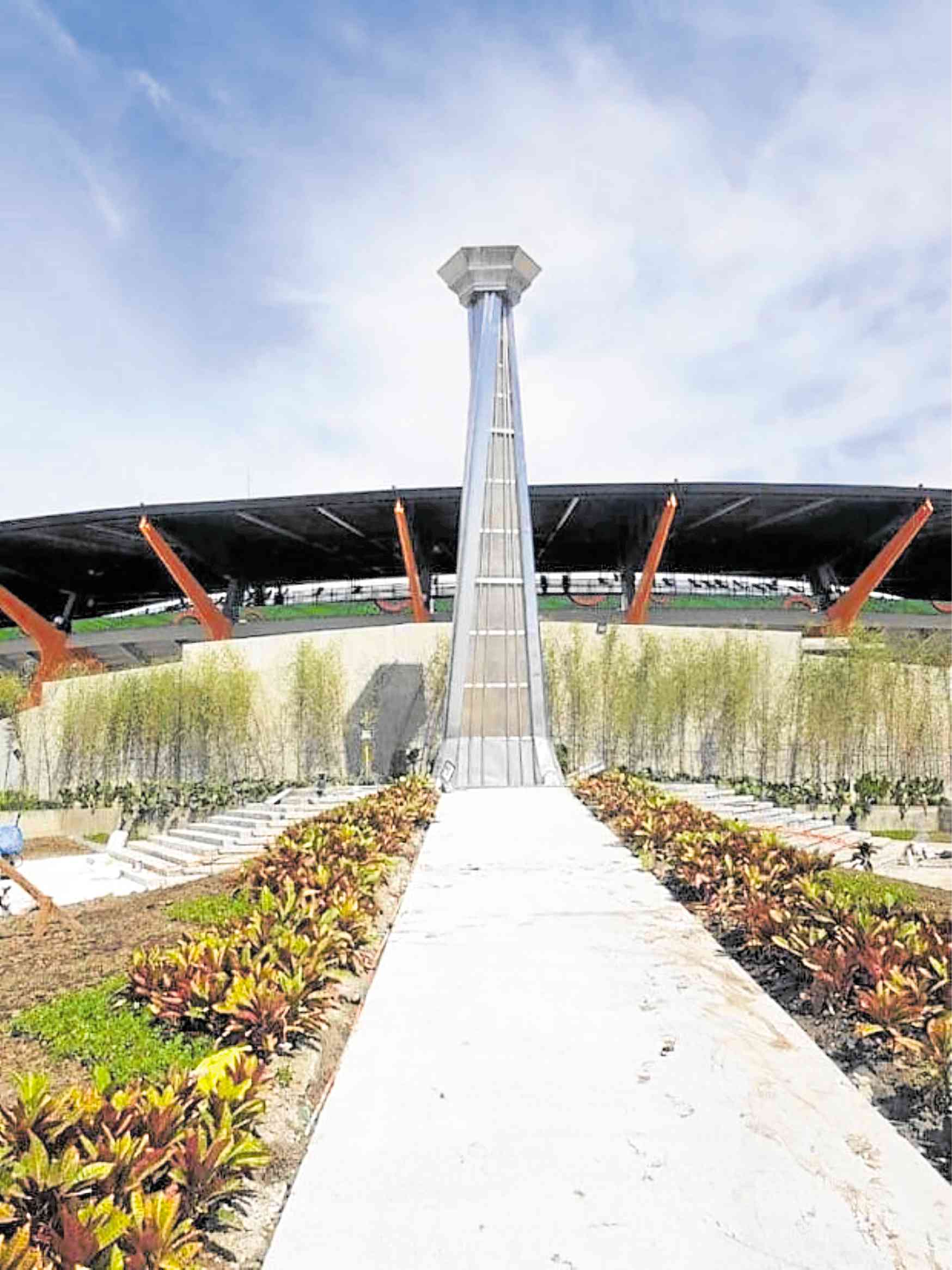 MANILA, Philippines — Why spend about P50 million for a single-use “kaldero” (cauldron) when that amount can be used to build more than 50 classrooms?

Senate Minority Leader Franklin Drilon raised that point in questioning the “extravagant” cost for a 50-meter tall cauldron-type structure for the Southeast Asian (SEA) Games, during Monday’s deliberations on the budget of the Philippine Sports Commission (PSC).

“To me, P55 million is an extravagance that is so unnecessary and somebody has to answer for this,” Drilon later told reporters, referring to the cauldron-type structure designed by the late architect and National Artist Francisco “Bobby” Mañosa.

The senator called on the Commission on Audit to conduct a special audit on the funds used to build that structure and other SEA Games facilities as he expressed doubt about their financial viability after the Philippine hosting of the sports event.

The SEA Games will be held at New Clark City in Pampanga province and other venues from Nov. 30 to Dec. 11.

Drilon said he planned to call for a Senate probe but only after the games because the country’s athletes should be supported first.

The PSC was tasked with constructing the cauldron, while the Bases Conversion and Development Authority (BCDA) built the other facilities.

The cauldron’s design alone cost P4.4 million; its foundation, P13.4 million; and its construction, P32 million. An additional P6 million was allotted for “wrist tags,” Drilon said. This brings the total to an estimated P55 million.

“This is one expensive cauldron,” he said.

Drilon said it had not yet been explained whether the project had undergone bidding.

Sen. Sonny Angara, who defended the BCDA budget, said the cauldron was made of steel, hence the price tag of about P50 million. He said the BCDA did not know about the wrist tags.

“What the government was really envisioning was to do a really impressive hosting of the Games and showcase Philippine ingenuity, using Philippine creative designers and performers. I think this is what Southeast Asian countries have also done when it was their turn to host,” Angara said.

Drilon responded: “The question is, is it proper, is it appropriate, is it valid, is it just that we do away with 50 classrooms to build a P50-million kaldero that we use only once?”

“I am not talking of overpricing. I am talking about the propriety of doing away with 50 classrooms in order to put up a P50-million kaldero,” he said.

He pointed out that even if it was Congress that approved the SEA Games budget, the plans presented did not include a cauldron.

BCDA chief Vivencio Dizon said the facilities were part of a long-term plan for New Clark City and would serve as a new training ground for athletes.

“I’m talking about world-class sports facilities that cannot only be used for games, such as the SEA Games, but can also be used to serve as a training hub of our athletes,” Dizon told reporters after the hearing.

“If you look at the stories of our athletes now, all of them travel abroad just to train because there are no facilities they can use in the Philippines. It comes as no surprise that there is so much to be desired for our sports program,” he added.

He said the government was trying to follow successful models abroad that turned sports facilities into mixed-used areas after their intended event.

“I think we are at a point in our development where we can design and operate these types of facilities similar to what our neighboring countries have successfully done,” Dizon said.

Angara said the BCDA planned to lease the facilities and property after the games.

Drilon, however, said, “I don’t believe, with all due respect, that we could find [anyone in the] private sector who would be risking about P15 million a month as rental, in effect, in order to lease these facilities.”

He was not aware of any businessman who would risk P200 million a year as lease without any clear path to recovering the investment, he added.

Angara said the BCDA was in talks with “three big developers,” but it would rather not disclose yet these companies.

Even before the facilities were built, the BCDA was already planning with the Asian Development Bank on the use of the sports facilities after the event, he said.

According to the ADB, the facilities could raise P300 million a year from real estate development, ticketed events, sponsorships, rentals and concessions, Angara said.