64 solons call for end to crackdown on progressive groups, opposition

MANILA, Philippines — Over 60 members of the House of Representatives joined hands regardless of party lines to condemn the government’s alleged crackdown on progressive groups.

At least 64 lawmakers signed a petition demanding an immediate end of “attacks” against leftist organizations, including party-list groups under the Makabayan bloc.

“We, members of the House of Representatives, air our growing concern on the ongoing crackdown against progressive groups like Makabayan bloc and the opposition,” the petition read.

“We are united in expressing our concern on the attacks on the elected representatives, members, and supporters of the Makabayan bloc, and demand that these be stopped immediately. Such attacks have no place in democracy,” it added.

The House members also hailed the Makabayan lawmakers for being a “productive and dynamic” part the House Minority, whose members “properly perform their role as credible fiscalizers of the administration.”

The petition came after the arrest of three members of progressive groups during a raid in Tondo, Manila, last Nov. 5

Last Oct. 31, over 50 activists were arrested in simultaneous raids on offices of progressive groups in Bacolod City.

Just last week, the Armed Forces of the Philippines listed the Gabriela Women’s Party as a front organization for “communist terrorist groups.” 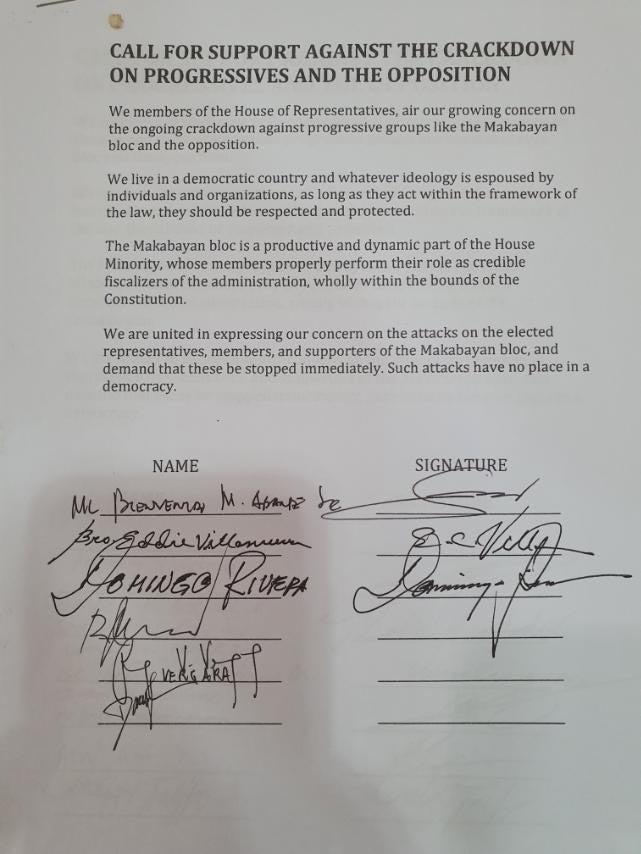 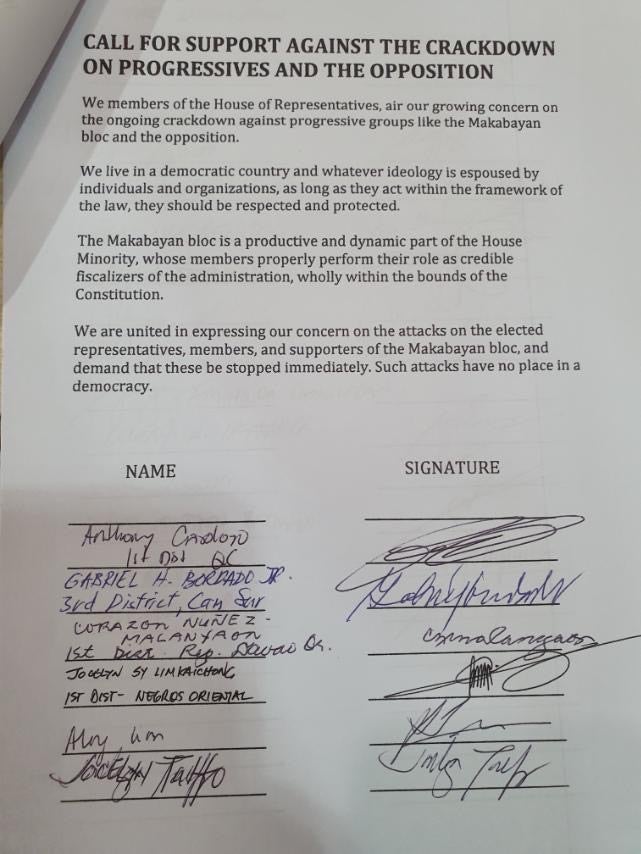 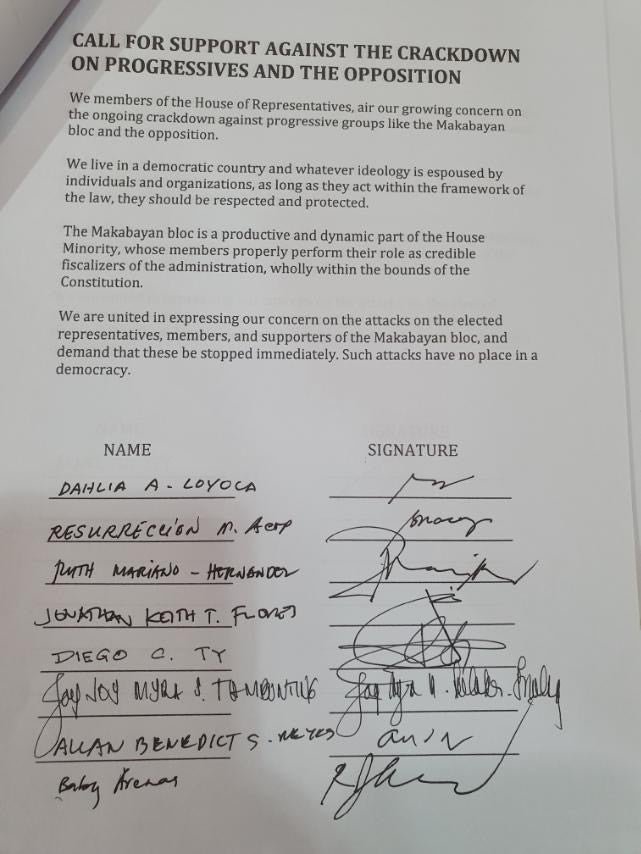 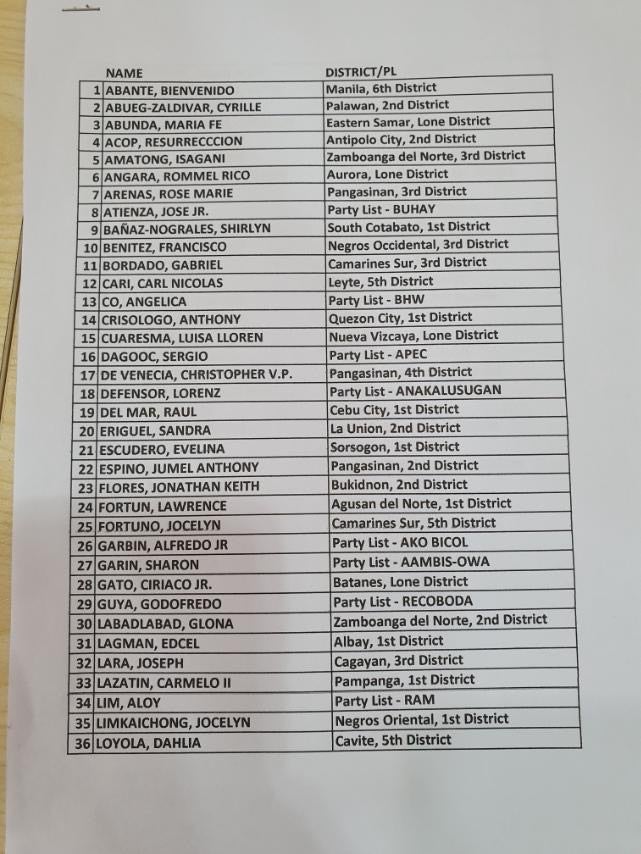 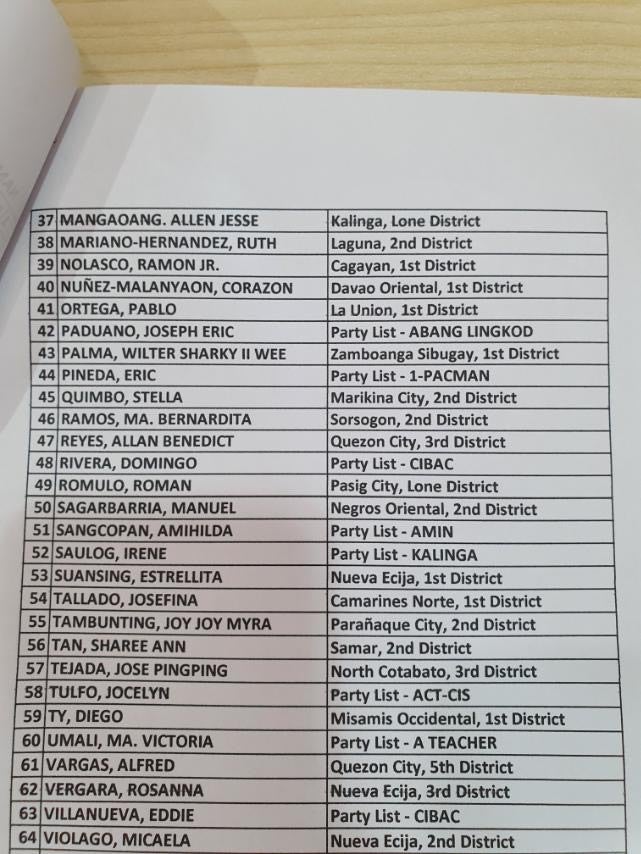 Photos from the Makabayan bloc showed the petition signed by 64 legislators calling for an end to leftist groups crackdown.