‘Whites only,’ ‘colored only’ drinking fountain ‘prank’ in US school sparks outrage 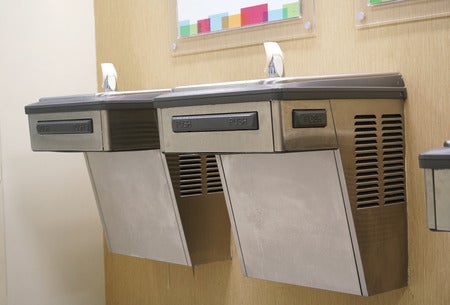 What started off as a prank in a high school in South Carolina, United States, took a turn for the worse after it was criticized for being racially offensive.

“So this is what’s going on at West Ashley High,” said Michelle. “Charleston County School District I’m lost for words.”

The photo has since sparked outrage from parents and students, prompting the Charleston County School District to condemn the prank as “extremely offensive and distasteful,” according to Live 5 News on Oct. 30.

“It is important to note that the students involved are of different racial backgrounds,” officials from the district said in a statement via the report. “School administrators have taken swift action and handled discipline per district protocol.”

Racial segregation was rampant in southern states during the Jim Crow era in the late 19th century to the mid-20th century. African Americans were considered second class citizens, as per the Jim Crow Museum of Racist Memorabilia at Ferris State University in Michigan. At the time, signs were placed above water fountains, doors, and in front of public facilities, among others, to separate African Americans from white people. Blacks who violated these restrictions, such as by drinking from water fountains for the white, for example, risked their homes, jobs, as well as their lives.

“We have absolutely no tolerance for this kind of activity. Even though those involved in this prank admitted they were wrong, we followed discipline per CCSD protocol,” said Cumback in the e-mail, as per report. “I understand how upsetting the image posted on social media is. That is why we acted swiftly in addressing the matter and why I am reaching out tonight.” Cody Cepeda/JB

Read Next
Drug suspect slain in gun attack in Nueva Ecija
EDITORS' PICK
Harnessing technology for quality education
Tips for a cheerful life
Duterte warns of possible lockdown if ‘more aggressive’ Delta variant spreads
Duterte: When I said I will fight drugs in 6 months, I thought it was like in Davao
Connect to PH’s fastest network with new Signature Plan Lite at only P599 per month
Hidilyn Diaz wins weightlifting gold in Tokyo Olympics
MOST READ
Hidilyn Diaz wins weightlifting gold in Tokyo Olympics
Go to war with China over West PH Sea? It will be a ‘massacre’, says Duterte
Hidilyn shoots not only for gold but also for permanent place in PH sports history
Duterte acclaims Sotto: ‘He can become a good vice president’
Don't miss out on the latest news and information.