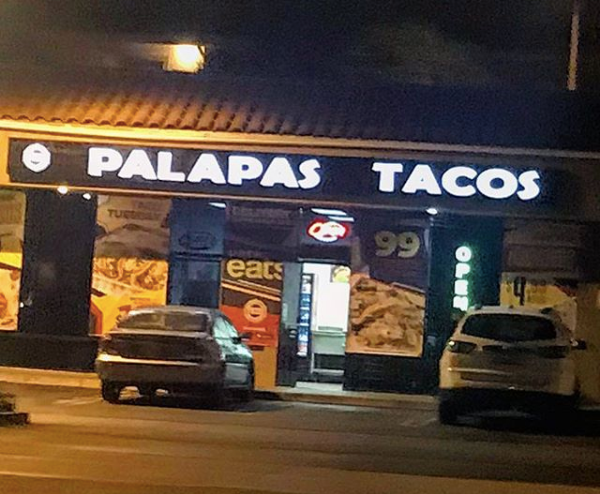 One customer at a taco restaurant in California, United States went on a racist tirade and threatened employees after he misunderstood its English-Spanish bilingual menu.

The unidentified man walked into Palapas Tacos in Anaheim on Monday to order $2 fish tacos, as per FOX 11 on March 26. Apparently, he did not understand the menu, which advertised the special: “Fish Tacos for $1.99 All Day” with the header “Especial de Viernes” (Friday Special).

“I hear all this screaming. So I’m like, ‘what’s going on?’” Juan Del Rio, owner of the taco restaurant, said in the report. “This customer, I found out, he was not understanding the special being Friday instead of Monday.”

The customer became hostile toward employees and other customers, and began hurling racist remarks.

“That’s bullsh*t!” he yelled, as captured by security cameras. “It says it in Mexican. We’re not in Mexico. We’re in America! Above the border. The red, the line. I’m an American!”

Del Rio stated that they often explain the specials to customers who do not understand, so he followed the customer outside to try to talk to him, but the man still kept on making threats. The report also stated that the man threatened to call immigration and told Del Rio, “Because you’re not legal!”

Del Rio has since lamented the incident, finding it sad to believe some people feel entitled as if they own the United States.

“I just feel like it’s sad that there’s people [who] actually think like that, that they own this country,” he said in the report. “I don’t know. But over a taco?”

And perhaps the man can go back to the restaurant on a Friday. Cody Cepeda/JB