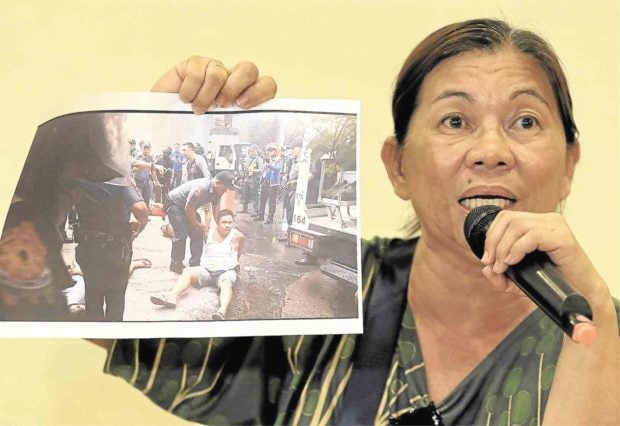 Lalaine Yuson, the wife of Batuan, Masbate Vice Mayor Charlie Yuson III, shows reporters a photo of one of the suspects that was uploaded on social media by a witness. (Photo by Richard A. Reyes / Philippine Daily Inquirer)

In an order dated Oct. 11, the Manila Prosecutor’s Office said the murder case filed against the suspects would be “referred for further investigation” and that the “accused must be released from police custody.”

The release order, however, does not mean the case was dismissed, according to Maj. Rommel Anicete, chief of the Criminal Investigation and Detection Unit of the Manila Police District.

The case, he said, would be investigated further and suspects will be subject to a preliminary investigation.

The four suspects, whose names were withheld, were taken under police custody in Ermita, Manila on Wednesday after the van that they allegedly used in the killing of Yuson had been tracked down.