Benigno Ramos, a former government employee, released Sakdal, a newspaper that would launch the peasant organization he formed of the same name.

The Sakdal Movement, which pushed for agrarian reform, workers’ rights and nationalization of industries, quickly spread in Luzon, especially in the provinces of Cavite, Batangas, Laguna, Quezon, Rizal, Bulacan, Pampanga and Nueva Ecija.

The newspaper exposed the lifestyle of politicians and reported on the widening economic gap between the rich and the poor. 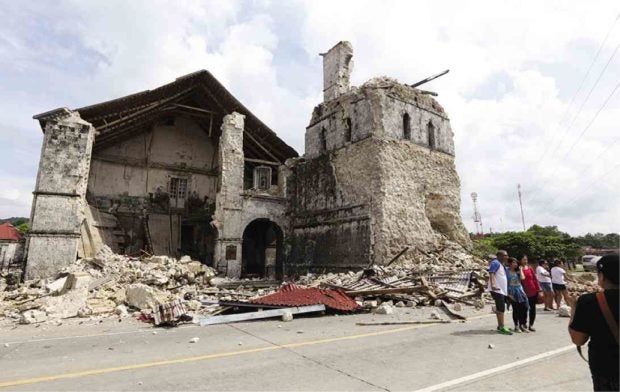 The province of Bohol commemorated the first anniversary of the 7.2-magnitude earthquake that hit Visayas, parts of Mindanao and Southern Luzon, to highlight the courage and bravery of Boholanos during the tragedy.

The residents of Bohol, who bore the burnt of the quake, relived their ordeal in songs, dances, and arts and crafts.

A reenactment with the ringing of bells and sirens was held followed by the simultaneous celebration of Mass in all churches of the island province.

There was a pilgrimage to Banat-i hill in Tagbilaran City, where a proposed memorial to the victims was unveiled.

A photo exhibit featuring images of Bohol before and after the quake was also launched at Santa Monica Parish Convent in Alburquerque.