A 14-year-old student died after collapsing while running around his school’s field, as punishment for coming to class late.

The boy, identified as Fanly Lahingide, arrived in his school in Indonesia 25 minutes late last Tuesday, Oct. 1, as per Tribun News via AsiaOne last Friday, Oct. 4. 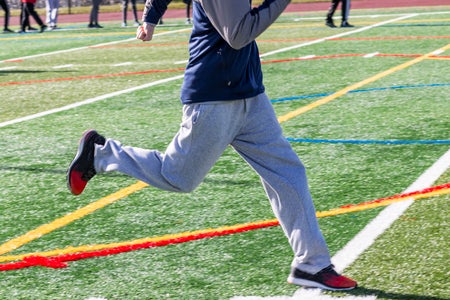 Lahingide, along with five other friends who also came to class late, were allegedly made by their teacher to run laps around their school’s field. Lahingide collapsed mid-run during his second lap.

Following his collapse, Lahingide’s mother (unnamed in the report), 46, received a call saying that he fell unconscious.

Lahingide was immediately brought to a hospital. The boy was declared dead at 8:40 a.m. after attempts to resuscitate him turned unsuccessful.

The boy was not known to have any history of medical conditions, leaving authorities still unable to identify cause of death. As per report, an autopsy is set to be carried out at Bhayangkara Hospital.

Recalling how Lahingide had breakfast at their home earlier that day, his mother said in the report, “I never thought this morning would be the last time I get to see my son.”

“I hope no other child has to experience this,” she added. “The police must investigate this incident and punish the teacher accordingly.”

Police told the news outlet that the victim’s family will file a case against the teacher who allegedly made the boy run laps. As per report, the family expressed that they disagree with the teacher’s actions. Ryan Arcadio/JB