A teacher allegedly stapled a 10-year-old boy’s ear after he failed to complete his homework last Saturday, Sept. 28.

The unnamed student’s mother found out about the incident after picking him up from his school in Sabah, Malaysia around 11:30 a.m on the same day. 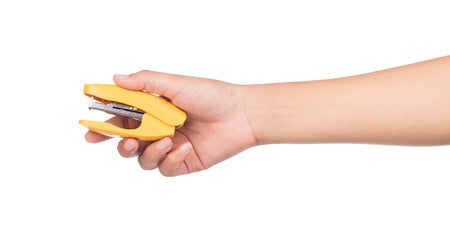 The injury had caused the child’s ear to bleed, as reported by Sin Chew Daily on Sunday, Sept. 29 via Asia One yesterday, Sept. 30.

Following the discovery of the incident, the mother filed a police report. Dr. Misterine Radin, Sabah State Education Department director, confirmed receiving the said report on Sunday, as per The Borneo Post yesterday.

“We have received a report regarding a teacher who had kind of injured a student’s ears with the excuse of educating using a stapler,” she was quoted as saying.

She said that the department will visit the said school today, Oct. 1, to have a meeting to decide on a resolution. They will be joined by the involved teacher and student, together with the child’s parents as well as the school’s headmaster.

Radin added, “I advise teachers to adhere to the rules of disciplining students, that is if punishing students by the rules only the headmaster or delegated teacher can punish students.”

The officer stressed that caning, a form of corporal punishment using a cane, is only to be used “to educate and not to injure the student.” She stated that it is not part of their rules to use staplers.

Along with the meeting at the school, the said the department will also be holding an investigation. While waiting for the results of the investigation, Radin stated that the concerned teacher will be sent to counseling.

Meanwhile, education minister Dr. Maszlee Malik, is waiting for the investigation’s results, as per report. He added that punishing students may affect their psychological development.

Dr. Misterine also said she is unaware if the incident was the first case in the state of Sabah. The report stated that the department had received a similar case earlier this year. Ryan Arcadio/JB