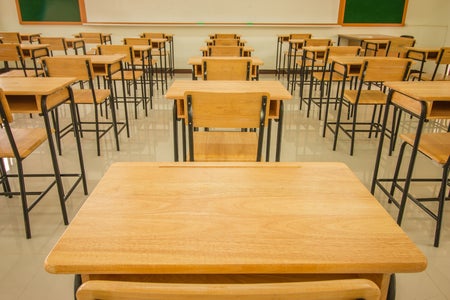 A special education teacher in Indiana, USA, has been suspended and may be fired after giving a student with autism a “most annoying” trophy during an awards luncheon.

Rick Castejon, the father of the 11-year-old student, was “blindsided” after his son’s special education teacher presented the award in front of other parents, students and the school principal of the Bailly Preparatory Academy, as per The Times of Northwestern Indiana on June 3.

“We just weren’t expecting it,” said Castejon in the report. “As a principal or teacher, you should never let this happen to any student.”

Parents were quiet when the trophy was given to the boy, as per the report, which occurred last May 23 at a Merrillville Golden Corral buffet restaurant. The trophy read: “Bailey Preparatory Academy 2018-2019 Most Annoying Male.”

Castejon said he did not want to create a scene during the awarding and tried to leave the trophy on a table afterward. However, the teacher approached him and reminded him not to forget his son’s trophy and acted as if the whole thing were a joke.

The Gary Community School Corporation emergency manager Peter Morikis has since taken disciplinary action against the teacher, while an apology has been extended to the Castejon family. It was discussed the teacher would be under a two-week suspension and may be fired.

“An apology was extended on behalf of the district to the family, and disciplinary action was taken against personnel involved,” said Morikis in a statement. “We acknowledge the potential impact that an experience like this could have on a child’s mental well-being, self-esteem and overall level of comfortability in a learning environment going forward.”

Castejon is happy with Morikis’ action, but said they are moving to Valparaiso in 2020 and do not have plans to send their son to any Gary school.

“We just don’t want any other kids to go through this,” added Castejon. “Just because they have special needs doesn’t mean they don’t have feelings.” Cody Cepeda /ra

Teacher in US charged with assault for dragging boy with autism

Mother gave up job, went to class with son with autism to help him get into university