A 6-year-old girl was arrested for throwing a tantrum, caused by lack of sleep due to her sleeping disorder, last Thursday, Sept. 19.

The arrest followed when Kaia Rolle lashed out in her class in Lucious and Emma Nixon Academy in Florida, United States, as per CBS-affiliate WKMG-TV last Friday, Sept. 20. 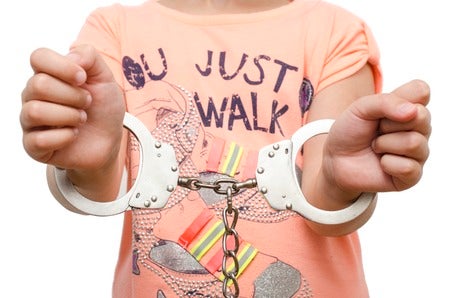 Rolle had to be sent to the school’s office, where a staff member reportedly grabbed her wrists to calm her down. This prompted the child to act out anew, her grandmother Meralyn Kirkland said in an interview with the news outlet.

Kirkland explained that her granddaughter was throwing a fit due to lack of sleep caused by sleep apnea. It is a disease that interrupts sleep by stopping and starting one’s breathing, as per the American Lung Association.

When Kirkland told this to Dennis Turner, the police officer who arrested Rolle, he supposedly said, “Well, I have sleep apnea, and I don’t behave like that.”

Rolle was taken to the Juvenile Assessment Center on a battery charge, as per report. Aside from Rolle, an 8-year-old child was also arrested by Turner on the same day.

According to the policy of the Orlando Police Department, officers are required to have approval from their watch commander before arresting anyone under the age of 12. As per Sgt. David Baker, Turner did not have the said approval needed for the arrest when he brought in the two children.

The arrests have prompted the police department to conduct an internal investigation, the report stated. Kirkland is also set to appear in court regarding the incident.  Ryan Arcadio/JB