An 8-year-old boy managed to fight off a mountain lion that had grabbed him by his head, by trying to poke its eye with a stick.

Pike Carlson was playing with his older brother Gage in their house’s backyard in Colorado, United States two weeks ago, when the animal attacked him. 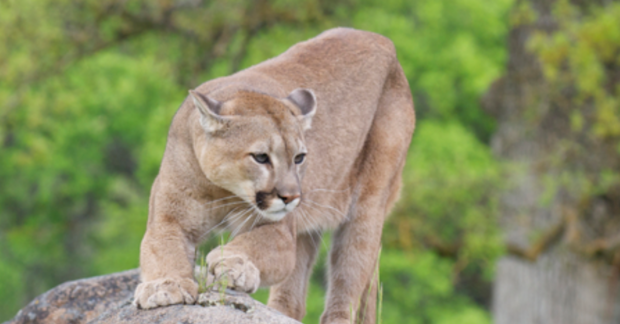 The mountain lion grabbed Pike by his head and dragged him under a tree, as per NBC-affiliate KUSA last Thursday, Sept. 5.

His older brother then ran into their home to get help. Their father, Ron Carlson, immediately ran outside with a knife, to help Pike.

“That parental instinct to protect your child kind of kicks in,” Ron told the news outlet. “It never even entered my head that I was about to tangle with something that could kill me.”

“All you know is you have to do something,” he added. “It doesn’t matter what happens to you, you’ve got to protect your children.”

Pike was also fighting to free himself from the animal’s mouth. He reportedly told his father that “all animals have a vulnerable spot, their eyeballs.”

“When I first picked him up, I could see the whole side of his face was open. There was blood all over him,” Mr. Carlson was quoted as saying. “His scalp was ripped open in several spots. It was something that no parent should ever see.”

Following the attack, Pike was brought to a fire station whose paramedics then transferred him to a hospital to treat his injuries. As per report, he had to undergo two surgeries and “dozens of stitches and staples” to close his wounds. Pike also sustained an injury to his left eyelid that still requires another surgery to repair.

Despite the incident, Pike made light of the situation, saying, “No one try to wrestle a mountain lion. It is a cheater.” Ryan Arcadio/JB

Metallica song played by woman to scare off cougar