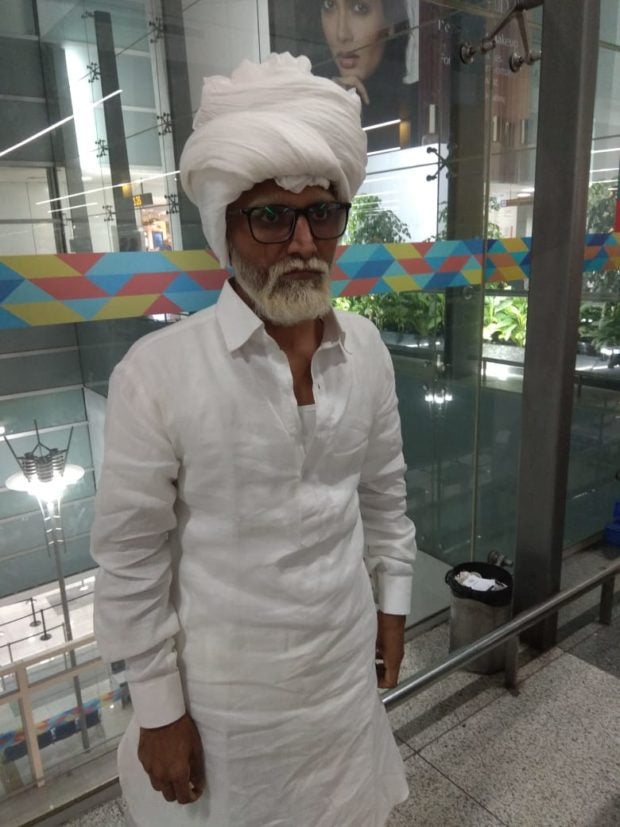 A 32-year-old man in India failed to convince security officers that he was nearly 50 years older than his age.

Jayesh Patel was nabbed at a Delhi airport on Monday, Sept. 9, after the Central Industrial Security Force (CISF) became suspicious of the man’s voice and his wrinkle-free skin, a CISF representative told news agency IANS via NDTV on Sept. 10.

Patel was headed for New York from the Indira Gandhi International Airport when officials caught wind of his act. He was wearing a turban and black-rimmed glasses, and sported a gray beard, which apparently had been dyed, to disguise himself as an 81-year-old.

Entering the airport in a wheelchair, Patel was able to get through the first security check and was cleared by immigration, senior police officer Sanjay Batia told NDTV. However, his true identity was uncovered when he went through detailed checks.

It was discovered that he wanted to work in the United States but would have had difficulty in obtaining a visa. Patel had paid an agent to get him fake documents so that he could acquire a passport and a US visa. These included a fake name and a different birthday. The agent also connected him to a makeup artist so that Patel’s appearance would match the profile in his documents.

Patel was to pay the agent nearly $42,000 (P2 million) once he reached the States. The agent and his assistants have yet to be arrested.  Niña V. Guno /ra