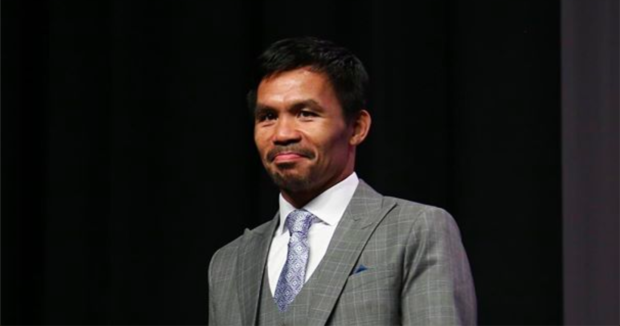 Sen. Manny Pacquiao is obtaining a college education from the University of Makati in Makati City, where he is taking up a bachelor’s degree in political science.

Pacquiao previously revealed that he would soon get a college degree in an interview about his stand on requiring senatorial and presidential bids to be college graduates. At the time, he did not reveal where he was pursuing a college education.

Prior to studying at the University of Makati, Pacquiao was enrolled in the business management program of Notre Dame of Dadiangas University in General Santos City. He did not finish his studies at the said university.

Pacquiao was given an honorary doctorate degree in humanities by the Southwestern University in Cebu City, back in 2009.

The senator-professional boxer earned his high school diploma in 2007, after passing the accreditation and equivalency test under the Department of Education’s Alternative Learning System. JB

Pacquiao says Faeldon a ‘good man,’ but urges him to take a leave of absence