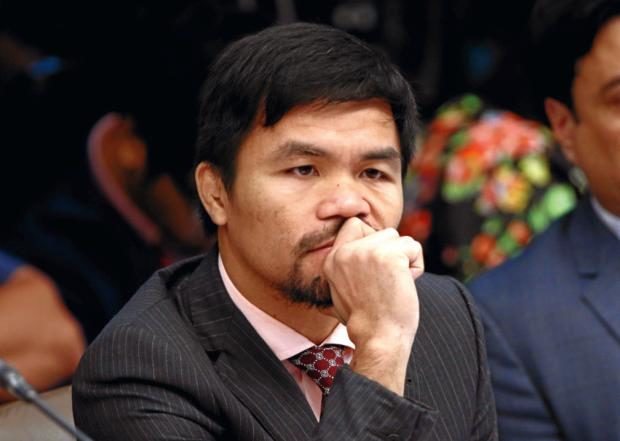 MANILA, Philippines—Now that he is finishing a college degree, neophyte Senator Manny Pacquiao is in favor of making it a requirement for those who are gunning for the senatorial and presidential seat.

“Sa akin, sang-ayon naman ako dun,” Pacquiao said in an interview over ABS-CBN News Channel on Wednesday when asked about the proposal wherein anyone who is aspiring to run for president or senator must be a college degree holder.

Asked if he already has a degree, the senator simply said:  “Malapit na.”

He refused to give further details, except saying that the school is located in Manila.

Pacquiao stressed the importance of knowing the problems of he country.

Despite this, the senator refused to say if his decision to return to school was in preparation for his possible run in 2022.

Pacquiao reiterated he has no plans of running for a higher post  and said  he would need God’s guidance to decide on the matter. /jpv

READ: Pacquiao: I have no plans to run for higher office but…