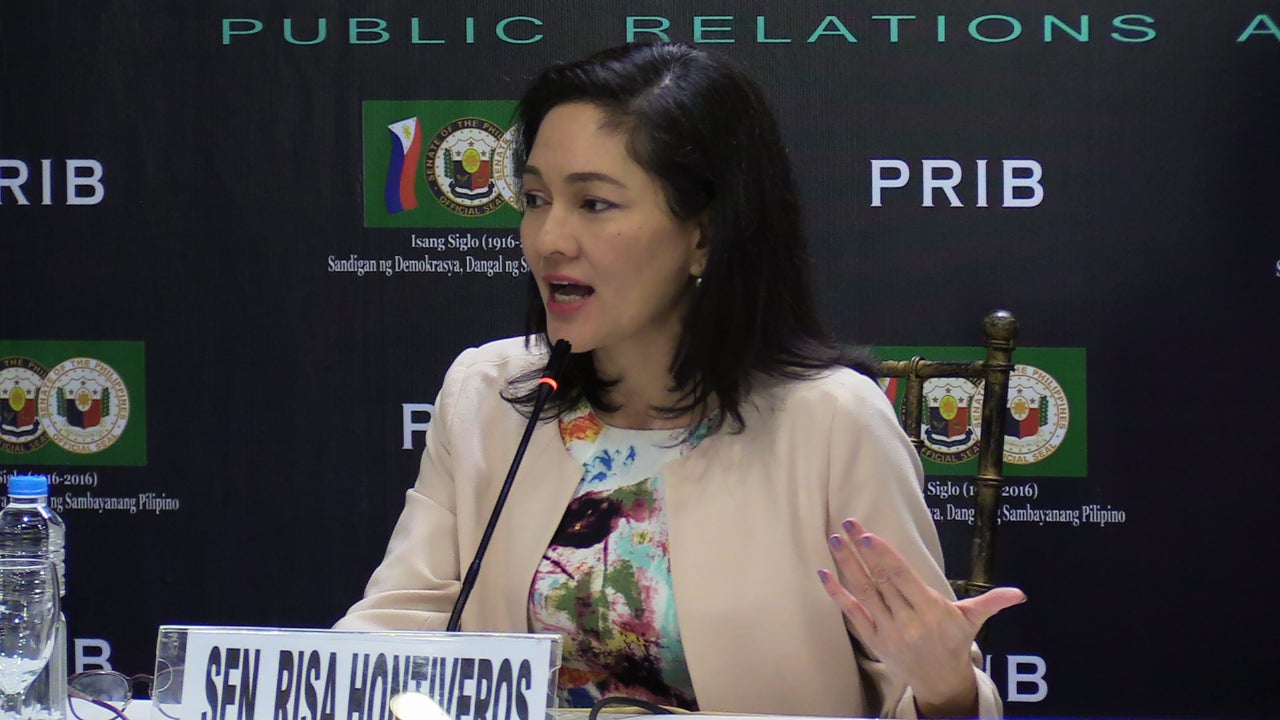 MANILA, Philippines – Opposition Senator Risa Hontiveros on Wednesday welcomed President Rodrigo Duterte’s signing into law of a measure that would give special protection to children affected or displaced by armed conflict.

Hontiveros, who is the principal author and sponsor of the law, said the law would require the government to protect children from the brutality of armed conflicts.

It will also make the country more compliant with international obligations for the safety and well-being of children, declaring them as “special zones of peace.”

“With this law, we hope the government will be able to protect our children from the brutality of armed conflicts and help them live peaceful, productive lives,” Hontiveros said in a statement.

The new law aims to extend “protection to children in situations of armed conflict from all forms of abuse, violence, neglect, cruelty, discrimination and other conditions prejudicial to their development, taking into considerations their gender, cultural, ethnic and religious background.”

It also mandates the government “to take all feasible measures to prevent the recruitment, re-recruitment, use, displacement of, or grave child rights violations against children involved in armed conflict.”

The law also ensures that health and nutrition, psychosocial services, education, livelihood for families and other basic and legal services will be accessible to the children and their guardians. /cbb