Zarate to Dela Rosa: I advised ‘missing activist’ to rekindle ties with parents 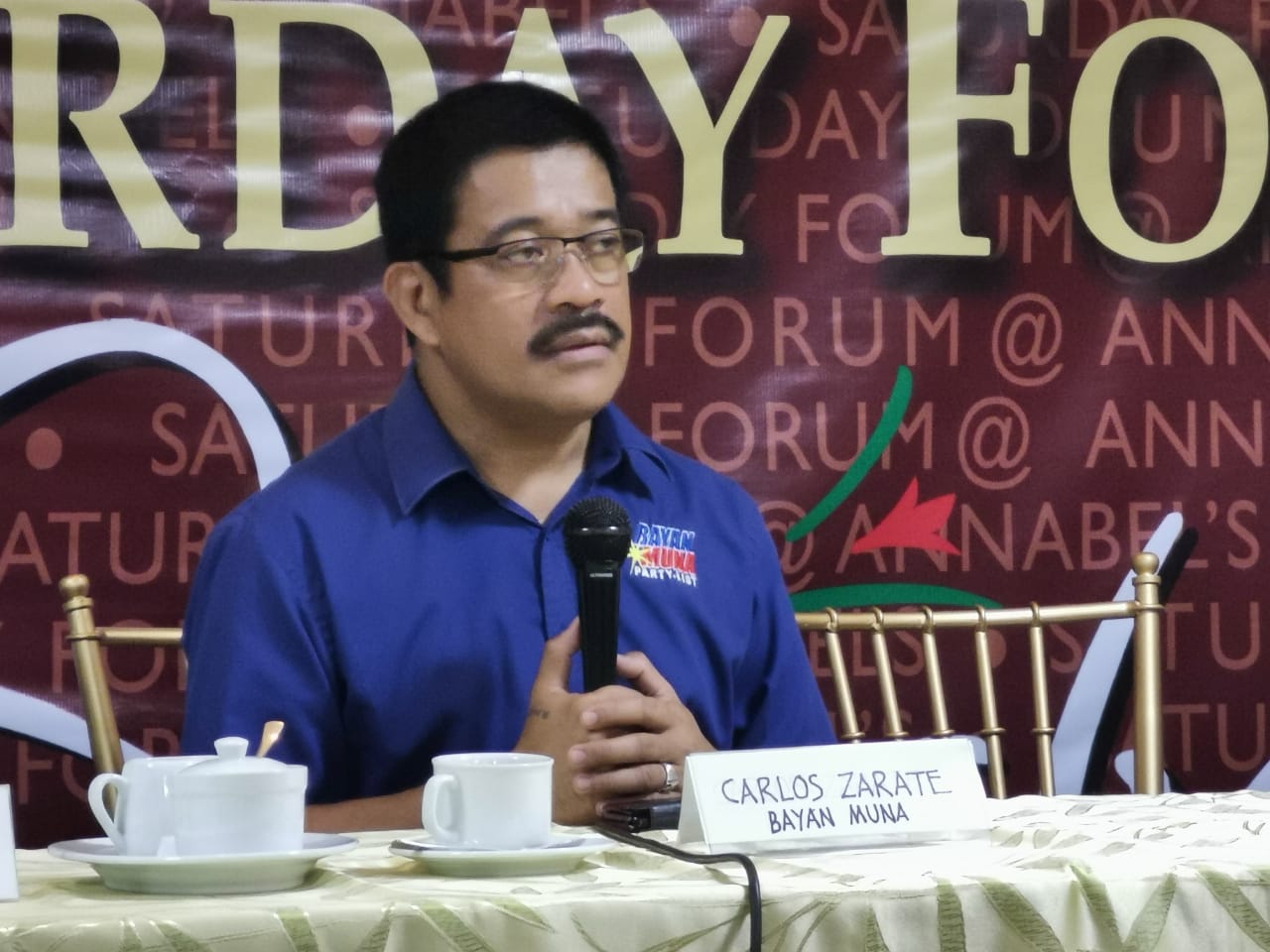 Zarate on Thursday insisted that 18-year-old student and Anakbayan member Alicia Lucena voluntarily sought the help of the Makabayan bloc in clearing allegations that she was kidnapped and brainwashed.

This was after Dela Rosa questioned Zarate’s traits as a parent for not returning Lucena to her mother despite requests by the latter.

READ: ‘What kind of parent are you?’: Bato hits Zarate, Elago over ‘missing’ student

During a press conference at the House of Representatives on Wednesday where Lucena spoke, Zarate said that they are still urging the student to talk to her parents.

Previously, Lucena issued a statement on Facebook insisting that she left home on her own terms, due to personal reasons.  This was after her mother, Relissa Lucena, became emotional over her daughter’s decision to join progressive groups during a Senate hearing where Dela Rosa was present.

Zarate though reminded Dela Rosa again that even as parents, they can only advise and guide children.

The solon also insisted that there are no missing minors because first, the students were of legal age and second, they were not forced to join the organizations.

Talks of minors joining activist groups as a gateway to communist rebel force New People’s Army (NPA) have sparked calls to reinstate Republic Act 1700 or the Anti-Subversion Act, which allows state forces to arrest individuals based merely on affiliation with the Communist Party of the Philippines (CPP).

DILG ready to work with Congress to revive Anti-Subversion Law

AFP: CPP, NDF, NPA can’t be treated ‘differently, separately’ from the other