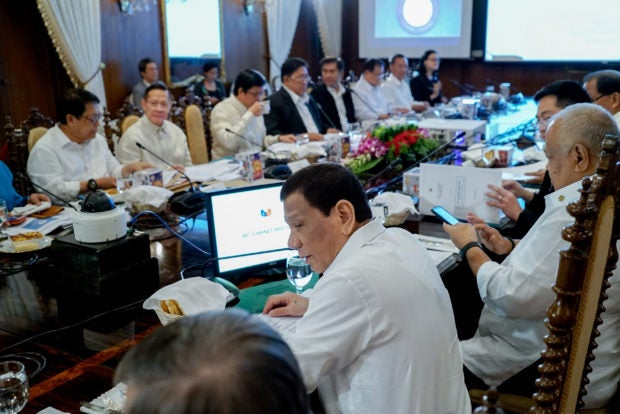 “That’s very good I welcome…That’s okay I guess that’s very healthy exercise and that will dispel any doubts about the integrity of the Cabinet members,” Guevarra told reporters at the sidelines of a Justice Sector Coordinating Council meeting between the Supreme Court, Department of Justice (DOJ) and the Department of Interior and Local Government (DILG).

On Wednesday, PACC commissioner Greco Belgica said they are conducting a lifestyle check on at least 200 government officials from the Bureau of Customs, Department of Public Works and Highways (DPWH), Department of Environment and Natural Resources, and the Bureau of Internal Revenue.

Belgica added that they are also investigating two Cabinet officials on allegations of corruption.

Guevarra, on the other hand, falls under the P100 million mark with P14.3 million networth.