NDRRMC, other gov’t agencies urged to hasten assistance to quake-hit areas in Batanes 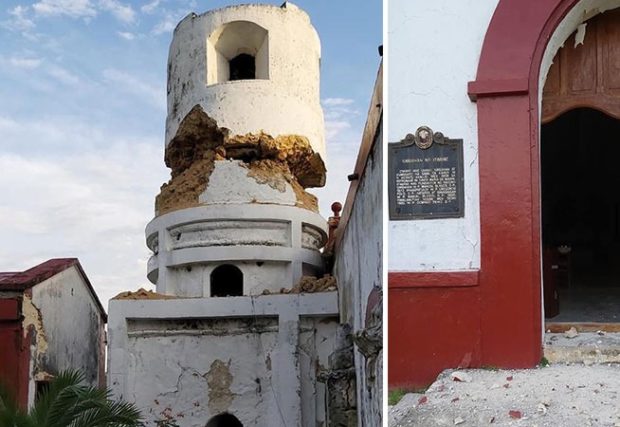 MANILA, Philippines — The House of Representatives on Monday called on the National Disaster Risk Reduction and Management Council (NDRRMC) and other relevant agencies to hasten humanitarian assistance and restore normalcy of areas affected by earthquakes and aftershocks that rattled Itbayat, Batanes last Saturday.

Speaker Alan Peter Cayetano, Majority Leader and Leyte Rep. Martin Romualdez, and Minority Leader and Manila 6th District Rep. Bienvenido “Benny” Abante Jr. filed House Resolution No. 139 to also convey their sympathies and deepest condolences to those affected by the quakes. The chamber adopted the resolution, and congressmen were asked to commit monetary donations for Batanes during the afternoon plenary session.

A magnitude 5.4 quake jolted Itbayat at 4:16 a.m. on Saturday. It was followed by a stronger magnitude 5.9 quake at 7:37 a.m. The quake left nine people killed and 60 others injured. It also caused some P47 million in damage.

“The House of Representatives commiserate with the families and loved ones of those affected by this natural disaster which is unprecedented in Batanes,” the resolution read.

“The House of Representatives expresses its gratitude to individuals and organizations, both government and non-government, that immediately responded to the disaster and extended help through search and rescue efforts, delivery of food and non-food items, first aid, psychosocial support, and financial assistance, among others,” it added.

President Rodrigo Duterte has also committed P40 million for rescue and medical assistance in the province./ac

Read Next
Cambodia gives glimpse of base at center of China rumors
EDITORS' PICK
Vietnam’s ‘crazy guy’ aims to save ocean from waste
Acer starts the year off strong with the Aspire Vero National Geographic Edition
Gear up and get ready to play with Yamaha Mio Gear
COVID-19 infection of 22,958 more boosts PH’s tally to nearly 3.3 million
Over 3 Million worth of prizes to be won at Smart Padala’s SENDali Manalo Promo!
WHO says no evidence healthy children, adolescents need COVID-19 boosters
MOST READ
‘Sampal sa gobyerno:’ Drilon wants unvaxxed PAO chief barred from working
Vice mayor slams Vico Sotto for turning Pasig into a ‘puro palabas’ city
Guevarra to Acosta: Obey rules on unvaccinated
Guanzon denies Comelec delaying resolution of cases vs Marcos Jr. to favor any party
Don't miss out on the latest news and information.