newsinfo / Regions
Regions
MAKE SURE THE ISLANDS ‘WILL REMAIN OURS’ 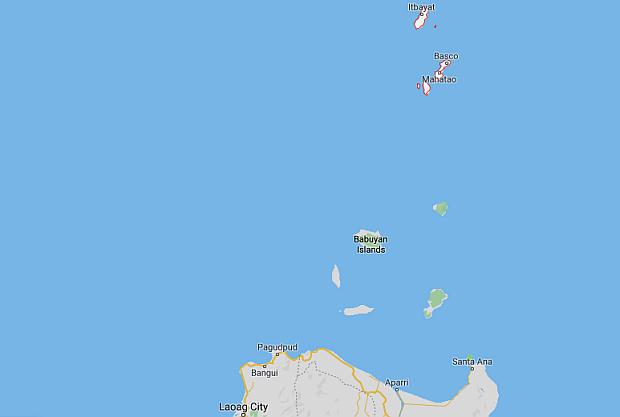 Batanes is a province composed of a group of islands north of Luzon. (Image from Google Maps)

MANILA, Philippines — President Rodrigo Duterte on Sunday directed the Philippine Coast Guard (PCG) to guard the islands of Batanes province to ensure that the islands would “remain ours.”

In a briefing with Batanes provincial officials, Duterte said the Coast Guard need not to patrol the islands every day.

“I’ve been flying here in the area of the epicenter,” he said. “There are two islands — big ones. I told the mayor [Raul de Sagon]: It is ours? I don’t see any — put something, sort of a symbolic… Stealing land has become common. The Chinese started it,” the President, speaking partly in Filipino, said.

“You might want to ask the Coast Guard to just go on standby. Take turns patrolling the islands from time to time — not every day, but just to assure that those islands will remain ours. We’re in a difficult situation now. If we steal back from China, it might retaliate with a missile. We can’t take that.”

Then he added: “All of us workers in government, we’re supposed to preserve the Republic of Philippines. Whatever is ours should be clear to everybody that it is ours.”

The President was in Batanes to check the situation in the town of Itbayat, the hardest-hit town by the twin quakes that jolted the province Saturday morning.

The President also checked the status of assistance provided by the national and local government to help those affected by the quake.

He then ordered authorities to ensure that supply lines in quake-hit Batanes would be restored to make sure nobody would get hungry.

He also said he would give P40 million to the Batanes provincial government for the construction of a new hospital in Itbayat.