Imee Marcos on mandatory ROTC: ‘You can’t force a kid to become soldier’

“For me, you really cannot force a kid to become a soldier and there’s no going around the fact ROTC stands for what it stands for. Reserve Officers Training Corps. It’s overtly, completely military,” Marcos said in a weekly media forum at the Senate on Thursday.

The senator made the remark after President Rodrigo Duterte urged members of Congress to pass “very important” measures, including the revival of the mandatory Reserve Officers’ Training Corps (ROTC) program for Grade 11 and 12 students.

“Alam mo ‘pag magkagiyera-giyera, 10 out of 10 hindi marunong humawak ng baril to defend even his father and mother and brothers and sisters,” Duterte said during his fourth State of the Nation Address on Monday. “I think military training will be good for everybody.”

But Marcos said the mandatory ROTC runs counter with United Nations resolution 1261, which “strongly condemns” the “recruitment and use of children in armed conflict,” among others.

“You don’t need to fight a war to show that you love and serve your country. There are other ways of national service,” Marcos said. 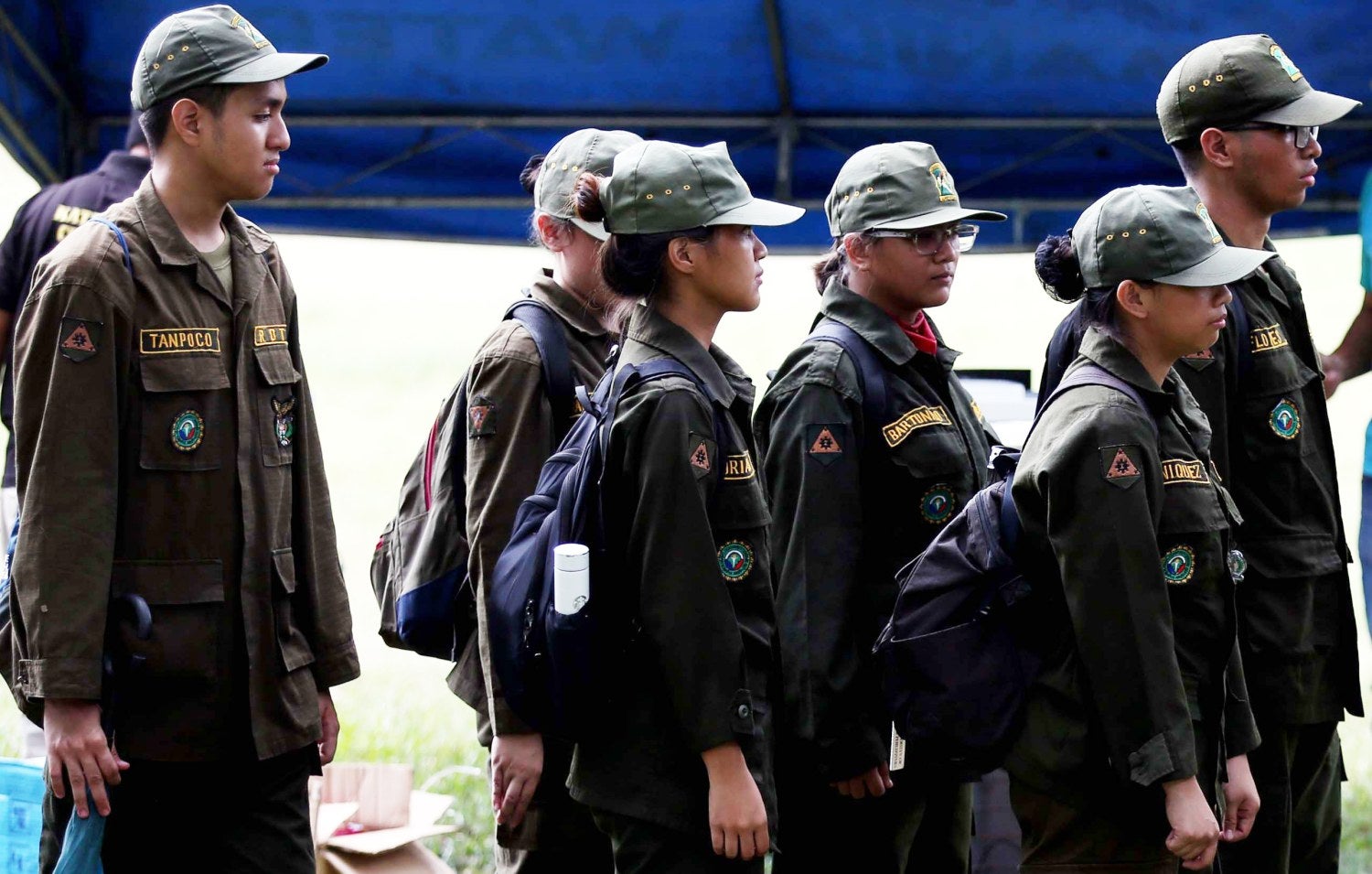 President Duterte wants to reintroduce ROTC as a compulsory course for Grades 11 and 12 students, but some groups say the cadet course would only be teaching students the power of the gun. INQUIRER FILE PHOTO

In response to the President’s appeal to Congress to approve the revival of the mandatory ROTC, Marcos filed Senate 413 that would push for a “Citizen Service Program” from grade school to college.

In a separate statement, Marcos said her proposed bill would still accommodate Duterte’s call for military training for the youth but would still allow college students “the choice of training instead in community service, disaster preparedness, and environmental protection to develop a sense of ‘bayanihan,’ which is embodied in Filipino culture and history.”

Calls to abolish the ROTC were fueled by the killing of University of Santo Tomas sophomore cadet Mark Welson Chua in 2001 after he exposed corruption in his school’s ROTC.

The ROTC program began in 1912 when the Philippine Constabulary commenced with military instruction at the University of the Philippines.