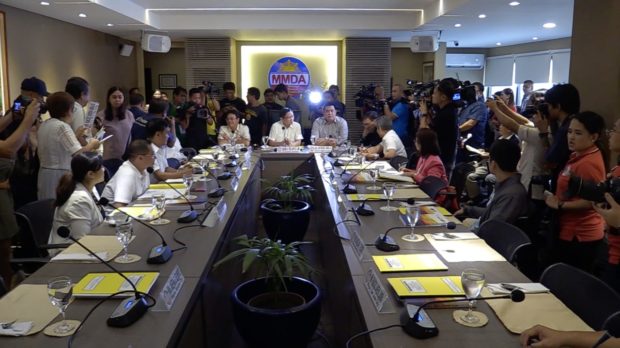 MANILA, Philippines — Metro Manila mayors agreed on Thursday that the 60-day deadline that the Department of the Interior and Local Government (DILG) has given them to clear roads of obstructions is “enough” and “doable.”

The DILG has given local chief executives 60 days to clear their respective city’s road, otherwise they will face an investigation and possible suspension.

During his fourth State of the Nation Address (Sona), President Rodrigo Duterte directed local government units to “reclaim” the roads.

Manila City Mayor Francisco Isko Moreno said that 60 days is enough for the local government to remove illegal structures, vehicles, and activities, such as illegal vending, along the city’s roads.

“Sixty days is enough time for every local government unit to clear these things,” Moreno told reporters in an interview at the sidelines of the Metro Manila Council (MMC) meeting in Makati City.

The local government of Manila has started clearing operations of its streets and public places since Moreno has assumed office, such as Divisoria.

“The 60-day timeline is very doable and we’re already starting with that,” he said in a separate interview.

For vendors who will be displaced because of the clearing operations, Zamora said the San Juan government will give them “alternative areas for them to continue their livelihood.”

“You have to strike a good balance but of course we have to follow the law,” he said.

Pasay City Mayor Emi Calixto-Rubiano noted that since she assumed office, clearing roads is one of the issues that she prioritized. She said she thinks Pasay City could clear its roads within sixty days because it has already been doing so.