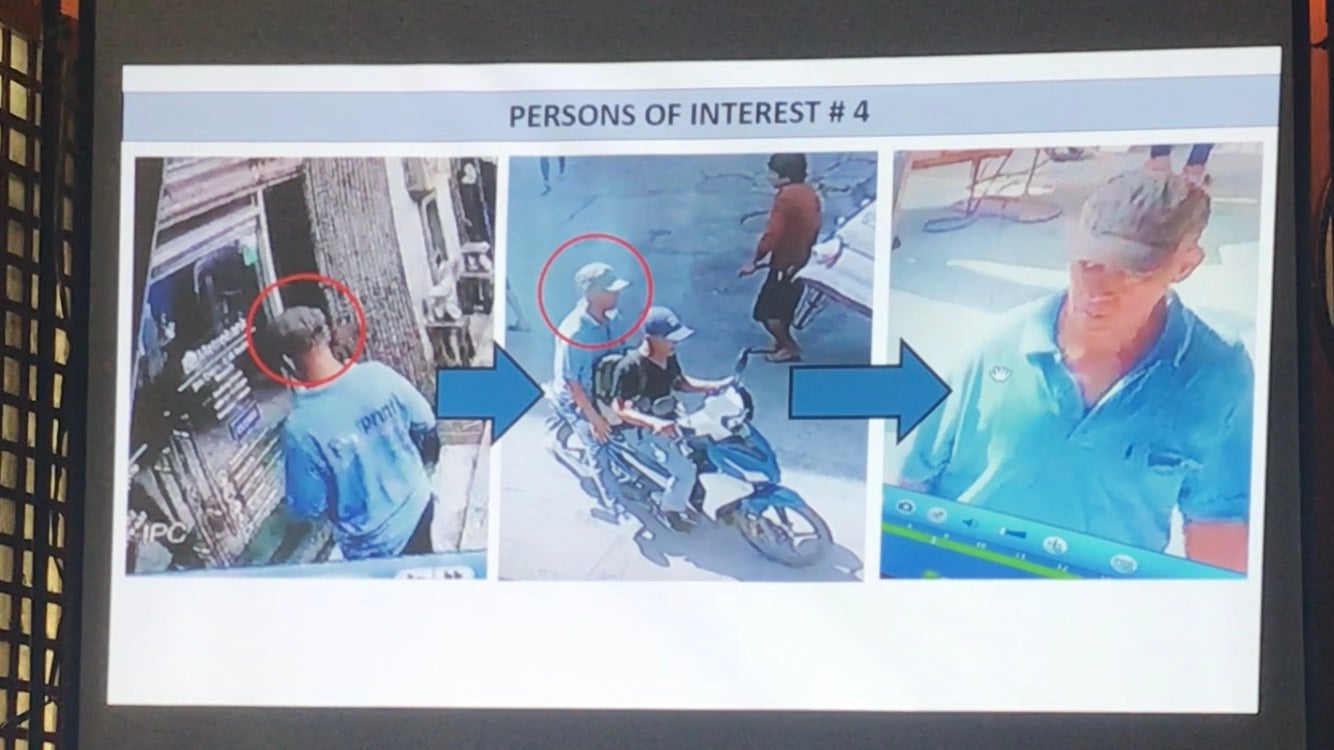 A series of photos presented by Manila police in a press briefing on Friday (July 12, 2019) show one of the five persons of interest in the robbery of Metrobank’s branch in Binondo, Manila. Photo by Christia Marie Ramos/INQUIRER.net

MANILA, Philippines — Authorities have said they are eyeing five “persons of interest” (POIs) in the bank robbery in Binondo, Manila.

While police were able to secure close-up photos of two POIs, Danao said they remain unidentified.

The clips showed how the five men – all wearing gears that hide their faces – easily made their way into the bank, then leave shortly carrying full bags. They then escaped from the crime scene aboard motorcycles.

“Again I would like to stress out, it is before the 9 a.m. banking hours,” Danao said, referring to the time the five men entered the bank.

Meanwhile, Moreno assured that the local government and the police are committed in capturing the suspected robbers.

“We can honestly say that we are into it, the Manila Police District is into it, everybody is participating in the immediate capture of these criminals,” the mayor said.

Danao had earlier said that it was “unusual” that the robbers easily entered the said bank even before its banking hours.

“Kung makikita kasi natin ‘yung mga CCTV footage, the suspects entered the bank which is before 9 a.m. The rule is it should be exactly or after 9 a.m.,” he said.

But when asked during the press briefing if authorities had ruled out the possibility of an inside job, Moreno said: “We’re still in the process of getting statements from the witnesses or those individuals inside the crime scene. Whether they are a victim or participants (those are) for the investigating team to process.”

The amount taken by the robbers is still unknown, but Metrobank said in a statement that none of its clients were affected. /kga