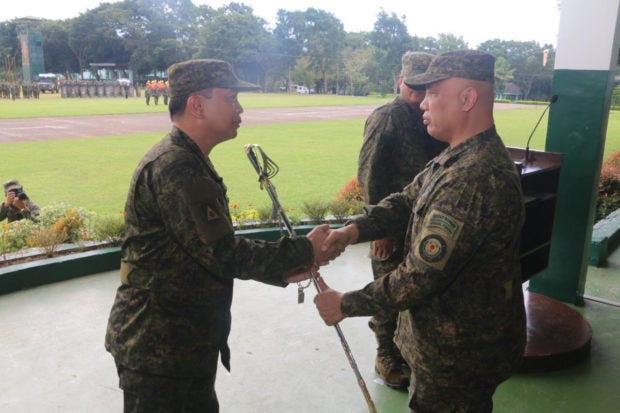 MANILA, Philippines — A seasoned senior Army officer who has led successful anti-insurgency campaigns assumed the post as the new commander of the 2nd Infantry Division (2ID) based in the Southern Tagalog region.

Burgos is a member of the Philippine Military Academy “Maringal” Class of 1988. Before his new assignment, he was the commander of the 202nd Infantry Brigade.

He was also a former spokesperson and public affairs chief of the Armed Forces of the Philippines. /kga