MANILA, Philippines — Rather than spend money guarding the West Philippine Sea for 24 hours, a Supreme Court Associate Justice said on Tuesday there are more important things the country should focus on.

Fisherfolk from Palawan and Zambales have filed a petition before the Supreme Court to compel the Executive Branch to protect the West Philippine Sea.

On Tuesday’s oral argument, Associate Justice Andres B. Reyes Jr. asked petitioners if the government should spend P5 million worth of gasoline for the airplanes and navy vessels if foreign fishermen are stealing P500,000 worth of marine resources every day. 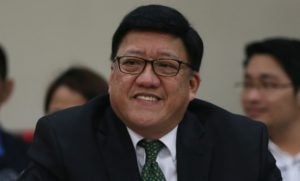 The petitioners specifically want the high court to compel the government to exercise its prosecutorial arm against foreign vessels that intruded into the country in 2012, 2013, and 2014.

“This is a writ of kalikasan, regarding enforcement of laws. This is not regarding the prosecution of a case. This is different. It is a wrong petition,” Reyes said.

“You know it’s embarrassing that [we] even discuss these things because your petition really falls down to the basic fact that we are not yet a well-developed country and the way your petition is drafted is as if you are the USA that the government can attend to every problem of the country,” he said.

He added that the petition might be “politically motivated to embarrass our country.”

“Even if we say yes, how can the government guard that shoal 24 hours a day and spend money on that when we have other important things to do in the country,” Reyes said. (Editor: Eden Estopace)