After turning over school buildings, houses, VP says much more needs to be done in Marawi 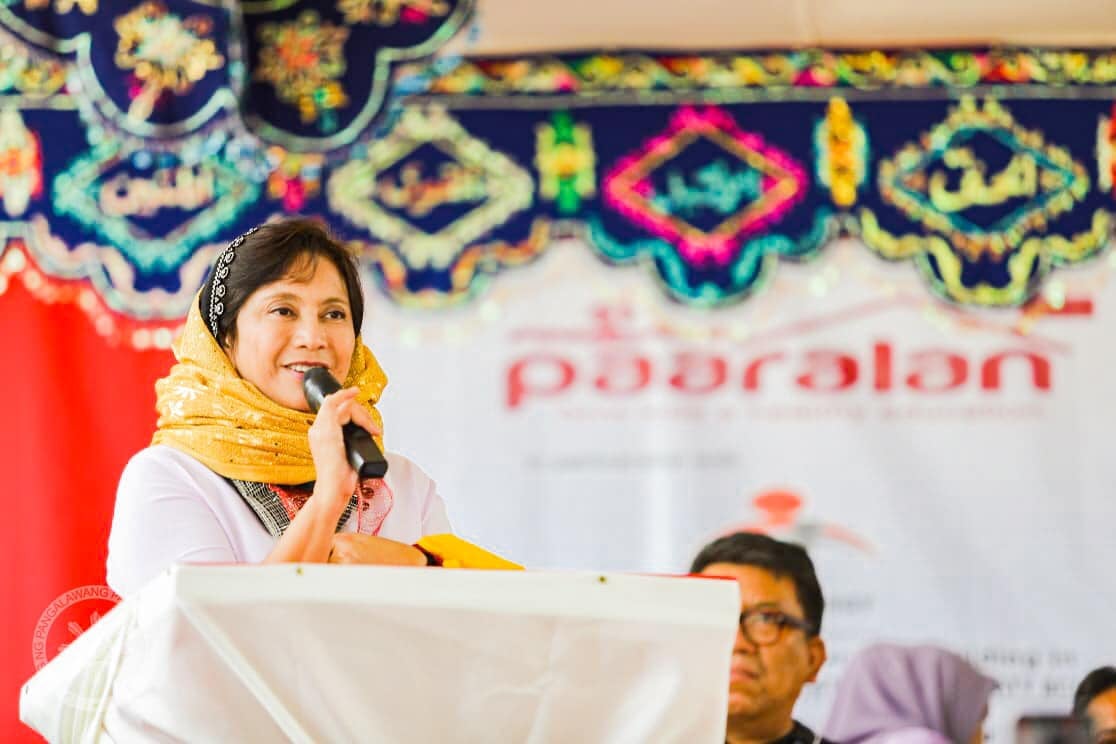 MANILA, Philippines—Shortly after turning over classroom buildings and houses to beneficiaries in Marawi City, Vice President Leni Robredo acknowledged that more had to be done to help residents of the city ravaged by terrorism and the war that came with it get back on their feet.

Robredo was in Marawi, a predominantly Muslim city, on Friday (June 28) to turn over classroom buildings and houses built through her antipoverty program, Angat Buhay.

She admitted her office could do only as much as her program’s private sector partners can provide help.

“There’s so many more left to be done,” the Vice President told reporters. “Still too many things to do,” she said.

She said at the village of Papandayan alone, where she turned over a building for classrooms, the principal cited the need for at least four more buildings to house classrooms.

READ: Robredo to turn over school buildings, houses in Marawi

“We are able to do this because of our private partners,” Robredo said. “Funds for the school buildings, including for the houses, those did not come from my office. They are all under the Angat Buhay program.”

Two years after war erupted in Marawi following an attempt by local terrorists led by Maute Group to establish an Islamic State caliphate there, hundreds of residents are still displaced and not allowed to return to their homes. They had complained that the rehabilitation process promised by the government has been moving at snail’s pace.

Robredo said while she sees some movement in the restoration program, a good sign according to her, the people of Marawi expected more from the government.

“Of course it will always be lacking because if you ask people here, the quicker it is the better for them isn’t it?” she said, referring to the rehabilitation program.

Duterte administration critics had asked the government to fast track the rehabilitation program but President Duterte recently said he would rather leave the city’s full restoration to wealthy businessmen and drug lords who operate in the city. (Editor: Tony Bergonia)

READ: Two years after terrorists’ siege, Marawi is still down and out