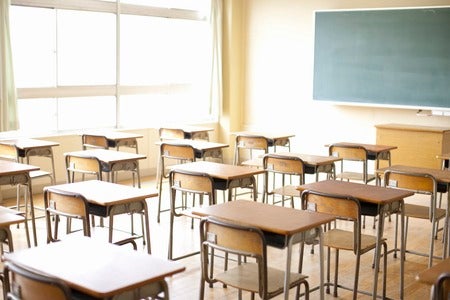 The substitute teacher worked for three months at El Campo High School and has also been let go from her job at a liquor store. The school said no students or staff were involved in the production.

The account that uploaded the videos left comments on the adult site, one of which said, “It was my lunch break and I just stayed in my empty classroom and I treated myself.”

Another comment was in response to a viewer asking about hearing students in the background. The teacher supposedly replied, “It’s a full class. I tried to get them in the vid but the camera on my phone wouldn’t rotate during filming.”

She also reportedly left a comment that said she was about to lose her job after the principal received information about them and asked her to take them down.

The school district opened the case after it received a tip about the substitute teacher and her activities. It then informed El Campo police and the Texas Education Agency.

A police officer was sent to the school, though no evidence has been found that there was a crime or that there were other people in the video. Police chief Terry Stanphill told the Victoria Advocate that the only violation was public lewdness, but that there was no evidence of this because no one else was present.

No charges have been filed yet, though the Wharton County district attorney is looking to charge indecent exposure, KTRK reported on Thursday. The school district is also cooperating with police to ban the woman from entering the campus.  Niña V. Guno /ra