WATCH: Hotel worker stands up to woman’s racist remark, denies her a room

A hotel employee, who was assisting a woman about a reservation, stood up to her after she addressed him using a racial slur over a phone call in Texas, United States.

The incident started when the woman called the hotel to book a room. After taking her credit card information, the employee Craig Brooks heard the woman say “yeah, that f*ckin n*gger” over the phone. The woman did not know the employee was still on the call when she said it, Brooks told Insider on Monday, June 3. 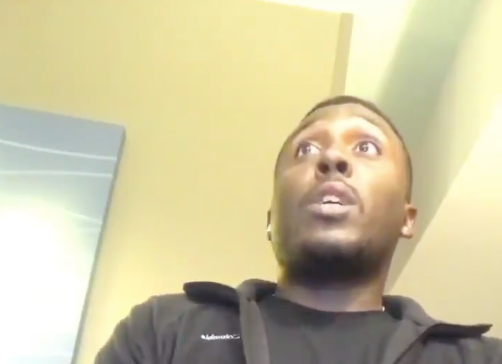 After the call, Brooks notified the hotel management about the woman’s racist remark. The management reportedly told him that their establishment has a zero-tolerance policy for racism, adding that Brooks did not have to push through with the woman’s reservation.

The woman arrived at the hotel for the reservation a few minutes later. Brooks then started to record his exchange with her over the front desk. Following the conversation, Brooks posted the minute-long video of how he handled the situation on Twitter, June 3.

I called a FUCKIN NIGGER at work… this how it played out 😂 #KillEmWithKindness pic.twitter.com/2Mftkj2eOg

“I need to stay here, my mother died,” the woman, who was not seen in the video, said.

“I understand that, but you called me a f*ckin n*gger,”  Brooks answered.

The woman then apologized for her remark earlier, to which Brooks replied, “No, you weren’t sorry when you said it on the phone,” repeatedly mentioning throughout the exchange that “it’s above me now.”

But the woman repeated that she needed a room for the night, so Brooks told her that Best Western, another hotel, was just next door.

“When I said ‘it’s above me’ that’s basically saying you can’t stay even if I wanted to let you stay, because it’s above me,” Brooks was quoted as saying, referring to the advice from management.

The hotel did not accommodate the woman and she ultimately got a room in Best Western hotel.

Brook’s viral video has gained 7.8 million views and over 400,000 likes, as of this writing. Ryan Arcadio/JB