Otso Diretso did its best and it did well, says Diokno 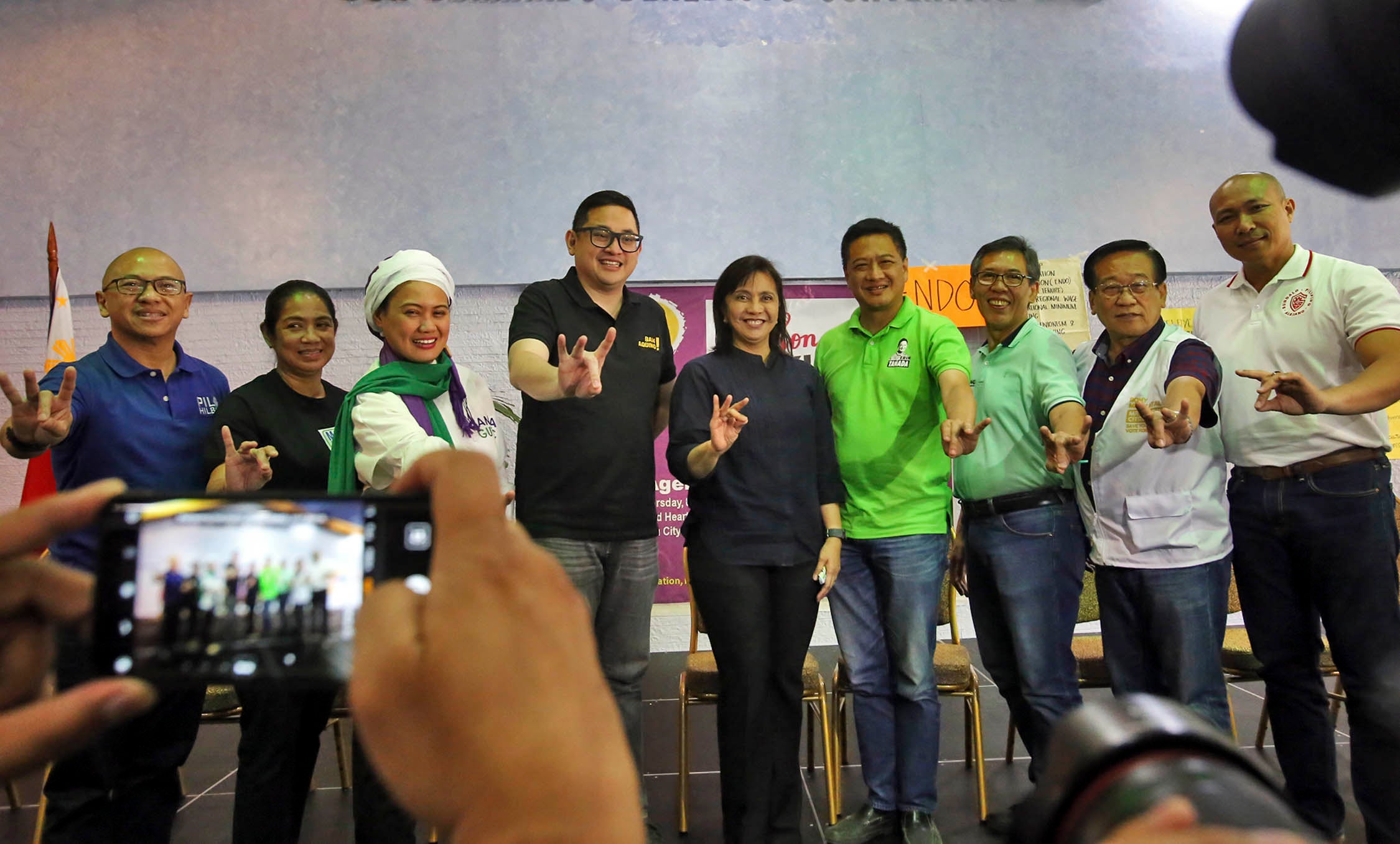 He refused to accept their apologies for the opposition candidates poor showing in the senatorial race.

“There’s no need to be sorry for anything. We did our best and we did well,” the human rights lawyer told tearful supporters who gathered at his campaign headquarters in Quezon City.

None of the Otso members have made it to the top 12 based on partial unofficial results on the transparency server of the Commission on Elections.

The tally so far indicates a clean sweep by reelectionist or administration-backed candidates.

Candidates of Otso Diretso failed to gain the expected support from Western Visayas, once a bailiwick of the Liberal Party (LP).

Voting results from the provinces of Aklan, Antique, Capiz, Guimaras, Iloilo and Negros Occidental showed that only Sen. Bam Aquino and former Interior Secretary Mar Roxas landed in the top 12.

Roxas topped the senatorial race in his hometown in Capiz, while Aquino finished fourth.

Roxas ranked seventh in Antique and fourth in Aklan, Guimaras, Iloilo, and even in Negros Occidental from where his mother Judy Araneta-Roxas hails.

The opposition should just accept defeat in the polls instead of claiming that the administration improperly used its “magic” to influence the results, presidential spokesperson Salvador Panelo said on Thursday.

Diokno, who as of Wednesday ranked 21st with 6.2 million votes and counting, said he was not disheartened by the results.

“It doesn’t really matter to me. I have said this from the beginning. What’s important is the light that we have shown in the darkness,” he said.

Among the Otso Diretso candidates, Diokno emerged as a darling of social media for his wit and calm delivery.

On Tuesday, the hashtag #SalamatChel trended on Twitter as users lamented his apparent defeat.

“If [Roxas] will bow out, and considering [Vice President Leni Robredo] will be embattled and might decide not to compete in 2022, then [the] middle will be leaderless,” Quezon said.

This means that “Diokno will be a man to watch because only he bridges seemingly insurmountable Edsa-Left divide of past 3 decades,” he said on Twitter.

But on Tuesday night, Diokno was not looking that far ahead.

“Because tomorrow, we will be starting again. Tomorrow, we need to make others ‘woke’ (awake to society’s ills),” he said.

He told his supporters to stop saying “sorry.”

Sen. Risa Hontiveros said on Wednesday that voters who picked President Duterte’s senatorial candidates over the Otso Diretso candidates should not be ridiculed.

Instead, she said it should be a challenge for the opposition and its supporters to understand why an overwhelming majority still opted to vote for the administration-backed candidates despite the issues that hounded the President and his allies.

It was only in Iloilo City where three Otso Diretso candidates landed in the top 12. They were Roxas, Aquino and Diokno who was in 12th place.

Western Visayas was an LP bailiwick until the 2016 elections. —With reports from Leila B. Salaverria, Marlon Ramos and Joey A. Gabieta